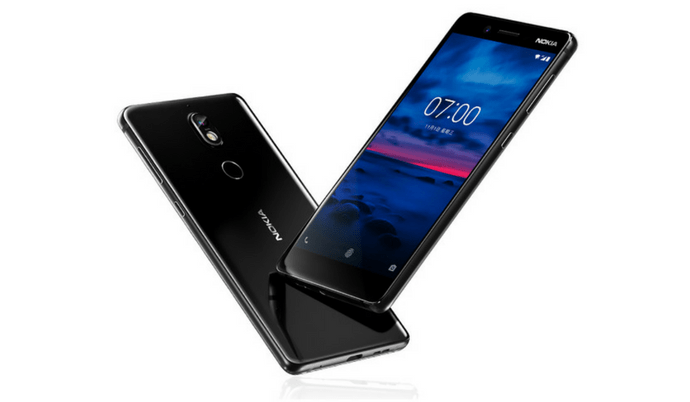 As a matter of fact, the device offers a lot of new features that haven’t been seen in the recent Nokia branded smartphones. For an instant, the Nokia 7 is the first smartphone from the company is offer all glass unibody design. The device is priced at CNY 2,499 (INR 24,999) for the 4 GB RAM variant and INR CNY 2,599 (INR 25,999) for the 6 GB RAM variant respectively. Here is the complete set of specifications for the marvellous Nokia 7. The device uses 7000 series Aluminum chasey (upgrade from 6000 series Aluminium used in Nokia 3, 5, 6, and 8) and a tempered glass back and front, which is scratch resistance in the normal day-to-day usage.

Just like the Nokia 8, the Nokia 7 is incarnated with a 5.2-inch IPS LCD display, however, instead of 2K, the resolution of the screen is kept at 1080p to cut the overall cost of the smartphone. Under the display lies the Qualcomm Snapdragon 630 Octa-core SoC featuring Adreno 508 GPU, paired with either 4 GB or  6 GB LPDDR3 RAM with standard 64 GB onboard flash storage with a dedicated micro SD card slot (Hybrid tray). However, the display still uses old school 16:9 aspect ratio, which is a bit mood killer. 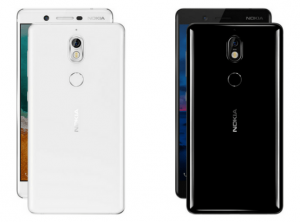 In terms of capability, the device offers a 16 MP Carl Zeiss powered sensor with a F/1.8 aperture for the impressive low light performance. On the front, the device offers a 5 MP fixed focus shooter with F/2.2 aperture and a larger1.4-micron pixel size for wider selfies. This is the 2nd smartphone which can spontaneously use both front facing and the selfie camera together (Nokia call it’s a #Bothie camera). The main camera can record 4K footages up to 30 frames per second and the secondary selfie camera maxes out at 1080p up to 30 frames per second.

Additionally, the device offers dual SIM card slots with 4G LTE and VoLte capability on either of the slots. Other connectivity features like latest Bluetooth 5.0, NFC, WiFi, WiFi Hotspot are also present. The phone also offers a rear-mounted fingerprint scanner (first Nokia smartphone to do so). The smartphone also retains the much controversial 3.5 mm headphone jack. Finally, the device is powered by a 3000 mAh Li-ion battery with Qualcomm Quick charge 3.0 capability via USB type C port.

It looks like, Nokia coming back to track after the launch of Nokia 7. As it has almost everything (except dual camera implementation with bezel-less design). Though the device is priced slightly on the upper side, the Nokia 7 is a considerable upgrade over the Nokia 6 in all the aspects. Whats your view on the Nokia 7? Share your views in the comments below.