The Indian Wire » Technology » One Plus 6 to Launch on 16th may 2018; Check rumored specs, features 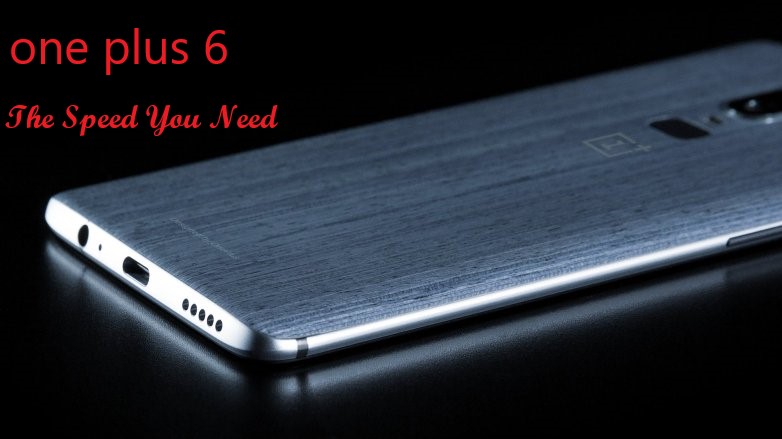 One plus 6-The speed you Need

One Plus 6 was launched on 16th May 2018. A lot of faked specs and their inferred details are being released for One Plus 6. But the truth is that the One Plus 6 phone will come on May 16th. You can go to Amazon India and see. This is a great and fantastic phone. Last year one plus 5t is already shown his impressive effect on the market with his big screen display and body design. OnePlus CEO Pete Lau has also confirmed that “the OnePlus 6 will have a glass design, which is a departure from the metal unibody featured on the 3, 3T and 5T “.The OnePlus 6 launch date has been confirmed as May 16 (May 17 in China and India), with an event being held in London, England to show off the handset. Even One plus 6 prices will be around one plus 5t price.

OnePlus co-founder Carl Pei has also confirmed that the firm’s next device will retain a headphone jack – which will be music’s to many people’s ears.

“That said, OnePlus is also entering into the wireless headphone business, according to a Bluetooth database leak that seemingly confirmedOnePlus Bullet Wireless headphones.”

Benefits of buying this phone are ”One plus 6” contain

One plus 6 is confirmed that there will be a notch in it and the Big Screen 6.28 inch screen size will be with Super AMOLED display technology resolution of 2280 x 1080 display pixels. The phone screen has Corning glass protection, which prevents the screen from being damaged like screen scratch, and glass break. The device touchscreen response very quickly and very smoothly and offers a multi-touch facility. Rear-mounted fingerprint scanner, Face Unlock these features work so rapidly as compare to previous phones. By giving the notch like iPhone X will look so amazing to this phone.

“The Chinese firm has also confirmed that the OnePlus 6 will feature the biggest screen it’s ever put on a phone while not increasing the handset’s overall size, resulting in a 90% screen-to-body ratio”

Dual-lens 20MP/16MP rear-facing camera with ‘Super Slo-Mo’.its just not a phone you can do photography as well with the Op6(one plus 6) camera. It’s shocking everyone that how we get that much clear images like DSLR do? let me tell you its all about megapixel which we are using and mostly depend on the lens the lens aperture. Aperture capture whole the thing clearly without fail.

The Li-polymer battery is implemented inside the ‘Op6’ .non-removal battery with a huge capacity of 3500 mAH.you can use as much as you can it will give the best battery backup result. This device support dash charging technology for rapid charge.one of the coolest feature came to our tech world.

One plus 6 introduce a massive storage capacity of  128GB built-in device. we can store as many files of songs and videos and images or we can install as many application on our phone. One plus 6 does not have any expandable storage feature in it or MicroSD card slot. Actually, we don’t need External Storage we already have a huge amount of internal storage.It will hardly run out of storage.