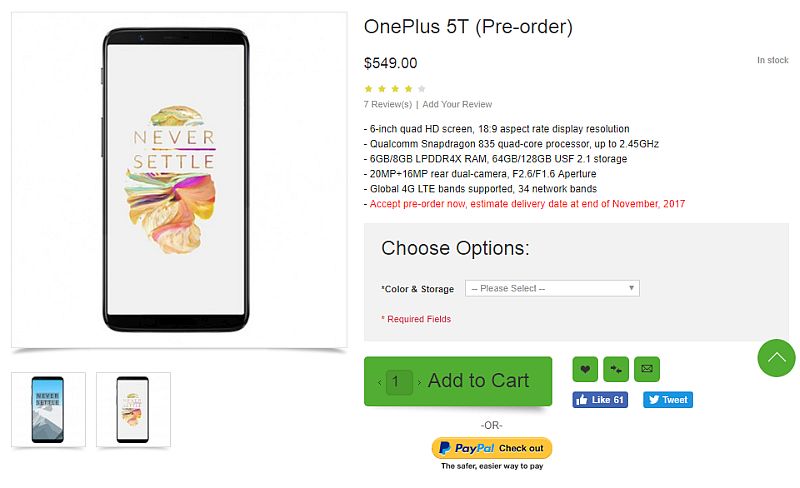 We have been seeing the news related to the upcoming flagship smartphone from the OnePlus AKA, the OnePlus 5T. Which should solve all the shortcomings of the current OnePlus 5. However, the company haven’t shared any information about the upcoming smartphone, but the leaks and rumours are all around the internet, with the complete set of specifications and design.

In an alleged website screenshot, the company mentioned that the device will have same form factor with a bigger display and that sounds good. A Chinese e-commerce retailer has allegedly listed the OnePlus 5T, with its price tag and important tech specifications. Here is the complete information regarding the same.

According to the listing, the OnePlus 5T will feature a 6.0-inch QHD 2K OLED display with 18:9 aspect ratio, protected by 2.5D curved Corning Gorilla Glass 5 on the top. The device will harness the power from the same Qualcomm Snapdragon 835 Octa-core SoC, paired with either 6 GB or 8 GB LPDDR4x RAM with 64 GB or 128 GB onboard UFS 2.1 class flash storage without any dedicated SD card slot.

The most prominent change from the present OnePlus lineup and the upcoming OnePlus 5T is the placement of the fingerprint scanner. The latter model will be the first smartphone from OnePlus to feature a rear-mounted biometric scanner, as the front of the display is almost covered by the screen itself.

According to the listing, the device happens to support global LTE bands with up to 34 network band. One can also expect to see a dual nano-SIM card slot with 4G LTE and VoLte capability on either of the slots. In terms of operating system, the device is expected to be powered by Android Oreo 8.0 with custom UI on the top (Hydrogen UI in China and Oxygen UI in the remaining parts of the country).

In terms of battery capacity, the device is expected to offer a slightly bigger 3450 mAh Li-ion battery with fast charging capability out of the box. With respect to the pricing strategy, the device will be priced at $549 or CNY 3,499 in China, so, the entry level variant with 6 GB RAM will be priced at INR 40,000 in India. 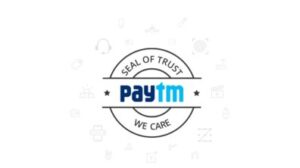 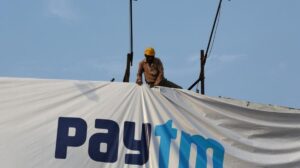