The Indian Wire » Technology » Qualcomm Snapdragon 865 Plus 5G is official clocked at 3.1GHz 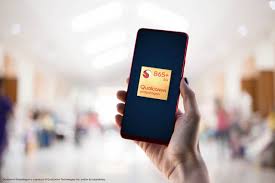 What is new in this processor?

· Increased rate of performance: As per the San Diego based company, the new chipset has Kryo 585 prime core which is clocked at 3.1 GHz and it boosts up the performance of the CPU by 10% over the Snapdragon 865 5G. A 10% performance boost is also provided by the Adreno 650 GPU.

· Wi-Fi 6E: The new processor has support for the new Wi-Fi 6E standard thanks to FastConnect 6900. This also indicates that the phones driven by this new processor can function smoothly on 2.4GHz, 5GHz, and 6GHz spectrums.

· 4-stream (2×2 + 2×2) Dual Band: This allows for the instantaneous coupling of different other multiple antennas and bands to offer quicker speed or performance latency performance.

According to the statement in the official press by Qualcomm, it has been confirmed that the launch of Lenovo Legion Gaming Phone and ASUS ROG Phone 3 will have the Snapdragon 865 Plus 5G.

In the coming weeks, full specifications of the ROG Phone 3 will be provided, said the general manager of ASUS’s smartphone business unit.

The launch of the phone will take place on July 22.

The announcement regarding the powering of more devices will be done soon. Whereas, there is still no confirmation from the unit that the chipset will be provided in Samsung’s upcoming Galaxy Note20 series flagship.