Quantum has launched a new power bank called, Quantum Hi-Tech, which offers up to 15,000 mAh capacity and priced at ₹2,499. Looking at the price tag, we came to a conclusion that, this is the most absurdly priced power bank in the recent times. As a matter of fact, the Xiaomi Mi Power bank 2i with 20,000 mAh capacity is priced at ₹1,499 with up to 93 percent conversion rate.

The company haven’t specified anything about the input voltage and charging voltage ranges. However, considering a typical power bank, this should take around 7 hours to charge completely from 0 to 100 using the micro USB port.

To be frank, there is nothing “Hi-Tech” about this power bank as well. In fact, the features listed on this power bank can be easily found on the most of the power bank, which costs almost less than this price tag. However, this power bank is “Made In India”, which means the components has been assembled in India.

The company claims that its power bank can offer up to 83 percent conversion rate, so, you can expect up to 12,000 mAh of juice from this power bank. According to the listing, this power bank can give an output of 5 volts and 2 amps on both the USB slots simultaneously. Everything under the chassis is controlled by a microcontroller named RISC, with fast charging and enhanced battery life controls. This chipset should also protect the power bank from overcharging and short-circuiting.

The power bank is constructed using high efficient BIS approved batteries with higher charging and discharging life cycles. The power bank also offers a tiny LED light, which should come handy in the low light situations. There is an LED light, which is programmed to showcase different battery levels with charging and discharging conditions. The Quantum Hi-Tech power bank will be available from 21st November across the offline and online retails stores. The company also offers a limited 6 months warranty on the power bank.

“After setting our Manufacturing unit in India Quantum has been aggressively focusing on Power Banks. Not only have we launched a series of Power Banks with different mAh, but also bought a bouquet of solutions to everyday problems from big to Small – 100% Make in India, 100% Made for India.”

So, what do you think about this all-new Quantum Hi-Tech power bank? Share your views in the comments below. 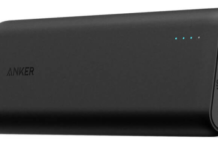