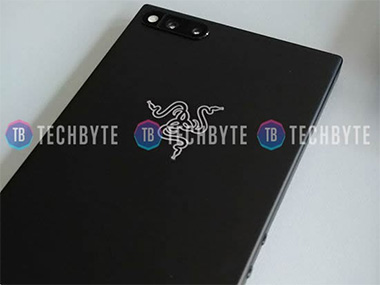 Razer, the known laptop brand is all set to launch premium flagship gaming laptop with top of the line specifications.

It’s no longer a speculation that the modern high-end PC and laptop maker Razer is all set to launch their first Android smartphone. The device will be a powerhouse and just like the PC counterpart, the device will pack top of the line specifications with an intuitive design language.

Unlike the most of the premium flagship smartphones that have released in 2017, the Razel smartphone will feature either metal or glass unibody design (both have their own merits and demerits). With respect to design and build-quality, there will be no shortcomings what so ever. So, one can expect things like new 18:9 aspect ratio screen with OLED technology featuring 2K resolution, protected by 2.5D Corning Gorilla Glass 5 on the top of the display.

Under the display, the device will be powered by the best processor from Qualcomm till date, AKA, the Qualcomm Snapdragon 835 Octa-core SoC, paired with either 4 GB or 6 GB or 8 GB of LPDDR4x RAM with 64 GB or 128 GB or 256 GB onboard flash storage with a dedicated micro SD card slot (up to 256 Gb).

The leaked image from the microblogging website Tech Bite also confirms that the device will offer a dual rear-camera solution with an implementation like the one seen in the iPhone 8 Plus or Samsung Galaxy Note 8, which offers X2 optical zoom, 4k video recording capability, slow motion 1080p videos up to 12o frames per second. For the selfie enthusiasts, the device will offer a single 8 MP front-facing camera with features like selfie flash and wider aperture lens for group selfies.

The remaining part of this smartphone is the operating system. It’s easy to say that the Razer will stick with the stock Android operating system with Android 8.0 Oreo out of the box, sticking with the stock Android ensures that the company can push software updates and security updates, as soon as possible and which also increases the overall performance of the device. Finally, coming to the battery, the device might offer a large capacity battery (4000 mAh) which should encourage to users to enjoy long hours of gaming sessions.

Even the Razer CEO Min-Liang Tan told in an interview that: