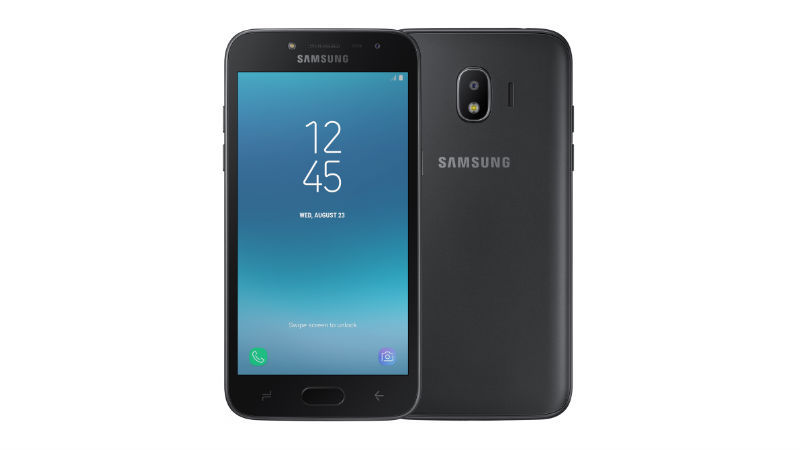 A new Samsung smartphone was spotted online, and this time its an entry-level smartphone from the Korean smartphone maker. The complete details of the Samsung Galaxy J2 (2018) were listed on a Russian website by a dealer, according to the listing, the smartphone is likely to retail for RUB 7,990 or ₹8,860.

This is an upgraded version of the last generation Samsung Galaxy J2 (2017) with a new design language, which looks refreshing compared to the present generation model. However, the smartphone still uses a cheap plastic unibody solution, where the competition is offering much better specifications at a much lower price tag. Considering the fact that, the last generation model came with 1 GB RAM and a 1.3 GHz Exynos processor, this model offers upgraded internals.

To start with the elephant in the room, the smartphone offers a Samsung’s signature Super AMOLED display like the last generation with qHD resolution (540×960 pixels) protected by a tempered glass on the top. The device does not offer 2.5D curved tempered glass, which makes it look like the smartphone from 2014. The phone is powered by Qualcomm Snapdragon 425 Quad-core processor, paired with 1.5 GB LPDDR3 RAM and 16 GB onboard flash storage with a dedicated micro SD card slot (up to 32 GB). Considering the fact that, the last generation model came with 8 GB storage, this is a huge upgrade over the same.

In terms of connectivity, the Samsung Galaxy J2 (2018) offers a dual SIM card slots with 4G LTE and VoLte capability on both the slots. Other standard connectivity features like Bluetooth 4.2, WiFi, and WiFi Hotspot is also packed inside the package.

The smartphone is powered by Android Nougat based Samsung UXI with no software updates what so ever. The 2600 mAh Li-ion battery can last up to a complete day on a single charge, which can be recharged via micro USB port with support for USB OTG as well.

The smartphone is most likely to go on sale around the world from January 2018 and we can also expect this device in India in 2018. What do you think about the Samsung Galaxy J2 (2018)? Share your views in the comment box.