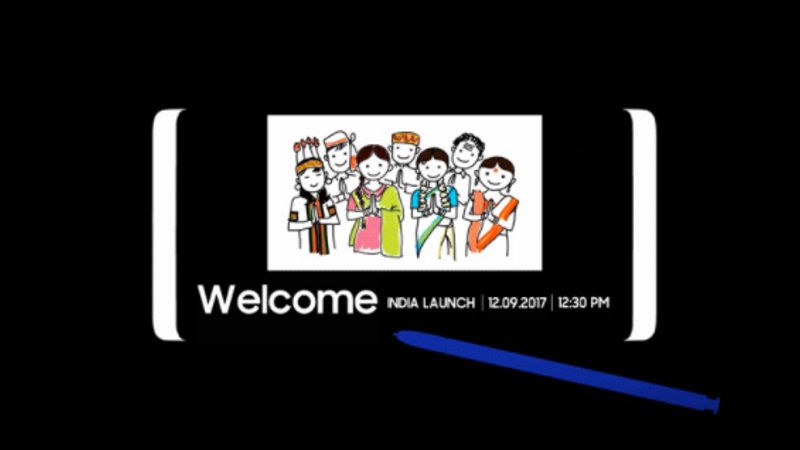 Samsung is all set to launch their flagship smartphone, the Samsung Galaxy Note 8 in India on 12th September in New Delhi.

Here are the specifications of the upcoming Samsung Galaxy Note 8.

The Samsung Galaxy Note 8 will be equipped with a 6.3 inch QHD+ IPS LCD screen protected by 2.5D curved Corning Gorilla Glass. The Indian version will be powered by Exynos 8890 Octa-core SoC, instead of Qualcomm Snapdragon 835 with 6 GB LPDDR4 RAM and 64 GB onboard flash storage with a dedicated micro SD card slot (up to 256 GB).

Coming to the camera, this is the first smartphone from the OEM to feature dual rear-camera setup. In fact, the first smartphone that offers optical image stabilization on both the sensors. The dual 12 MP cameras on this device offer DSLR like bokeh effect and X2 optical zoom. The 8 MP front-facing camera with F/1.7 aperture does perform equally well in the low lightening condition.

The device offers Android Nougat with custom UI on the top and expected to receive Android Oreo by the end f 2017. The main feature of this Note device is its S-pen, which offers a plethora of features including sketching, taking notes when the device is idle, system shortcuts and much more. As a matter of fact, this one goes one step further due to its versatility (no charging required).

The Samsung Galaxy Note 8 is already available for Pre-order via Samsung India official website, on 12th September, the company will announce the pricing and India centric features associated with the mobile. According to the recent speculations, the device is expected to be priced around INR 65,000 to INR 70,000 rupees for the 64 GB base variant.