Many users have started reporting the same on Samsung US website regarding the issue. In fact, the issue has been raised by Samsung Galaxy Note 8 users from different operators (AT&T, Verizon, T-Mobile, and Cricket etc).

Here is a story of the users regarding the problem faced by him on his new Samsung Galaxy Note 8:

“Just bought a brand new Galaxy Note 8 from my Verizon retailer 2 months ago. Last night I let the battery die completely, and figured I’d just charge it later. (Not like this is the first time it has ever died completely.) So I plugged it in and it showed a circle with a lightning bolt, but the red charging LED did not light up. I figured since it was dead completely, it would just take a few minutes to power up. It never did. It won’t charge. I talked to Samsung customer support who told me to press different button combinations to reboot it/hard reset it– nothing worked because none of the buttons is responsive either. The whole phone is completely unresponsive to EVERYTHING. It has never been dropped, put near water, NOTHING– it is in perfect condition,”

The news has reached Samsung and they haven’t said actual fault, but the company has promised that they are working on a fix, which should be able to resolve this issue in next few days. Here is the official product statement from Samsung US Forum:

“This particular problem with the Note 8 not turning on is definitely something that we want to get addressed immediately.”

It looks like the company battery will come back like the bad spirit to haunt Samsung in different ways. What do you make out of this issue? Share your views in the comment box. 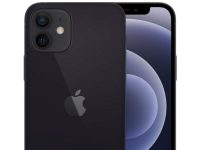