The Indian Wire » Technology » Samsung Galaxy S8 VS LG G6 : Which smartphone is worth buying? 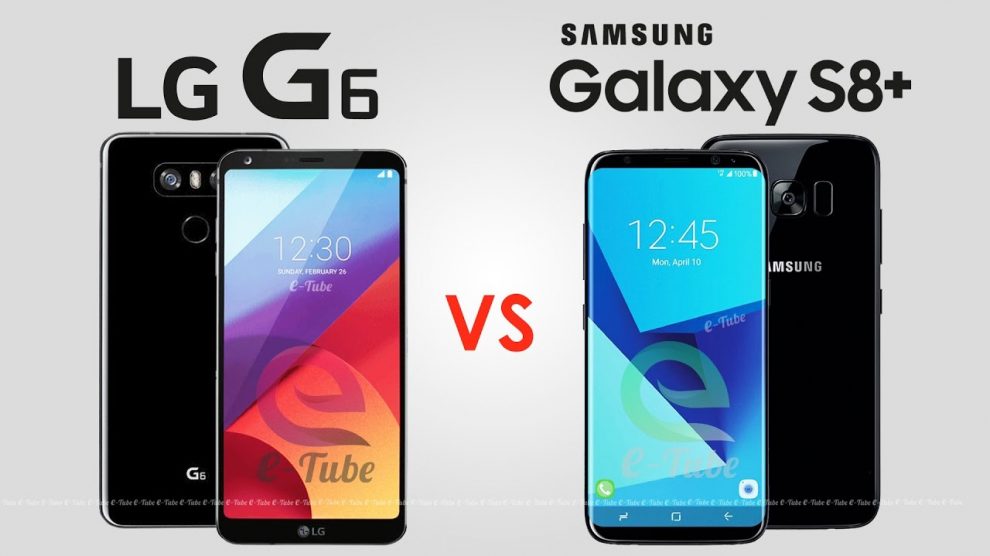 The two top brand companies smartphone compete with each other. Samsung Galaxy S8 and LG G6 both are a mid-range phone. The price of S8 is high as compared to LG G6. So, If you are planning to take a new Android flagship this year, then LG and Samsung have unveiled their latest flagship. LG G6 smartphone, the flagship handset for the first half of the year of 2017.  Samsung is shooting for the Samsung Galaxy S8, adopting a similar all-screen front and widescreen aspect ratio. So, here we are going to talk about which phone is better and what are the differences in their specifications.

You will get a new metal unibody design on G6, which means that the phone looks not only stable, but it is also fully IP 68 water resistant. In other words, if you are going to leave G6 in a sink, then you do not have to worry. The new Unibody design makes a sleek if a slightly standard-looking device. There is no camera collision, which combines trim look, while the metal rim makes the whole thing rigid. Color options are black, white or platinum. Samsung has snatched the Home button and has adopted an all-screen front like the LG G6. The fingerprint scanner now lives.

“LG has introduced a new 5.7-inch display, called “Full Vision”. Therefore getting the size of the phone is very easy. Samsung has launched its “Infinity Display”, which sees a 5.8-inch display in a body which is only slightly larger than its predecessor. We also saw the curved, edge-to-edge and ‘edge’ style display on both the Galaxy S8 and the Galaxy S8 +.”

LG is getting started in the action of the 2017 smartphone and as a result, it has to go without Qualcomm’s upcoming Snapdragon 835 processor. Instead, less nimble – but still extremely powerful – Snapdragon 821 chip is located in the heart of G6 with 4 GB RAM.

Meanwhile, Samsung has dolled up the “Galaxy S8” with Snapdragon 835 (Qualcomm) or Exynos 8995 (Samsung) chip. Both processors are made using a highly efficient 10nm manufacturing process, which means that we should see a much better performance (or better efficiency) than Snapdragon 821.

LG has already introduced its new 5.7-inch “Full Vision” display, and Samsung did something similar. In the case of LG, the new enlarged screen makes for an unconventional 18: 9 aspect ratio. And an odd resolution of 1440 x 2880. This means that the screen is basically a pile of two squares on top of each other, which Android Nougat will affect the operating system, LG’s own changes with the Google OS.

Samsung Galaxy S8 Display 5.8 is a big inch, and 1440 x 2960 pixel resolution has denser – it is 567ppi. Galaxy S8 also has OLED screen, which means that the pixels will leave their own lights, resulting in better energy efficiency than dark and LCD display. For contrast, LG G6 is using LCD screen, although we are still influenced by the view.

Samsung Galaxy S8 is critically expensive at ₹49,990, and we expect LG G6 to reduce it if it’s a little bit. Nevertheless, people looking for the best specs will probably look at Samsung, and maybe it will be ready to pay for it.