Good news folks, unlike Google and Apple, the Korean smartphone king Samsung has decided to retain the most controversial 3.5 mm headphone jack to keep up with the user’s interest. Thanks to Slash Leaks, the internal component of the Samsung Galaxy S9 and the Samsung Galaxy S9+ plus confirms the same.

These devices will be powered by either Exynos 9810 Octa-core processor or the Qualcomm Snapdragon 845 Octa-core processor. Both processors are based on the same 10 nm FinFET technology. These processors will be paired with at least 4 GB or 6 GB LPDDR4x RAM with 64 GB or 128 GB onboard flash storage with a dedicated micro SD card slot (up to 256 GB). So, in terms of storage, there will be no problem what so ever.

The smartphone will run on Android Oreo 8.1 based operating system out of the box with two major Android operating system upgrades. In terms of battery, these smartphones are expected to feature a 3000 and a 3300 mAh Li-ion battery with support for fast and wireless charging capability. 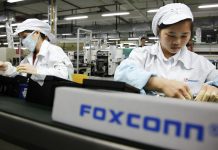