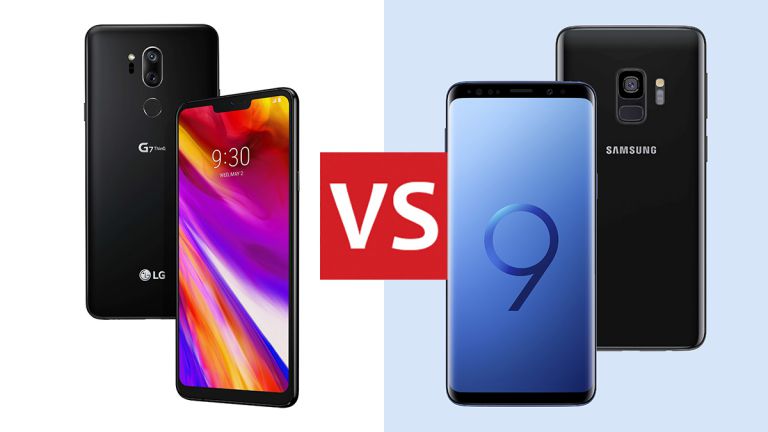 Competing as a major is a tough business, especially when the rivals are so strong – one of the most important rivals of the LG G7 ThinQ is the Samsung Galaxy S9.

LG has released a flagship device in its G-series handset. G7 ThinQ takes the place of G6 and will sit with V30 in LG’s high-end lineup. But which of these Android phones you should upgrade your next and which Smartphone is better for you? your all query and doubts gonna be clear here today on this website.

The biggest difference between this two smartphone is the screen type. The Samsung Galaxy S9 comes in two sizes variants (5.8 inches and 6.2 inches), while there is only one kind of G7 at 6.1 inches. Resolution is similar to all quad-HD +, but Samsung uses OLED technology as opposed to the LCD used by LG. LG is also increasing the level of brightness of its new display, which claims to hit 1,000 nits. The Samsung Galaxy S9 can also kill these levels, but there is nothing that is user-controlled.

Another point of difference between this top brands of the smartphone is the “camera”.

The primary camera of Samsung Galaxy S9, you will get a 12MP sensor which will be accompanied by an aperture which switches between f / 2.4 and f / 1.5. When it is dark, the broad F / 1.5 aperture is great for letting the light, whereas F / 2.4 is used for daylight snap. If you are Stiff for S9 Plus, you will get a secondary 12MP sensor with a 2X focal length for advanced zoom.

The LG has two cameras at the back, the first with a 16MP sensor with it OIS and f / 1.6 aperture. And another camera wide-angle 16MP sensor with f / 1.9 aperture and OIS. LG has loaded the camera with some AI technology in his device, such as visual recognition. Both smartphones have an 8-MP front camera and can record 4K video.

In the case of the design, LG G7 is below, according to Samsung Galaxy S9 design; The S9 looks very much like its older brother(Galaxy S8). Curved display, which is definitely molded in the curved back, with only a sliver of the middle. We still have a bit of time with the G7, but it does not seem quite like the Galaxy S9.

G7 is a dedicated Google helper button. It brings one of its press assistants, while the double-hit Google opens the lens. In Samsung S9, S9 has a similar button: a Bixby button By pressing Google Assistant; Instead, it enables Samsung’s Bixby virtual assistant. 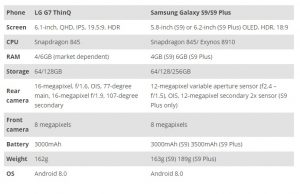