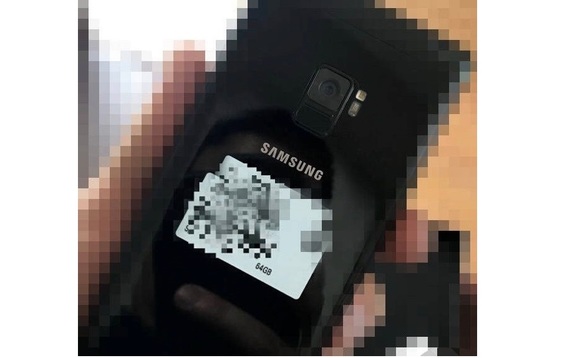 Samsung’s upcoming flagship smartphone, the Samsung Galaxy S9 is coming in the early 2018 and here is the complete information on the pricing, design, and the actual tech specifications.

The first change that anyone can notice is the displacement of the fingerprint scanner. The oddly placed fingerprint scanner on the Samsung Galaxy S8, S8+, and the Note 8 is now placed in such a way that the sensor is easy to access and placement looks premium. The glass sandwich design is also expected to continue with the next series of Samsung S series smartphone along with IP68 rating and 3.5 mm headphone jack.

Like every year, the smartphone will be powered by Qualcomm Snapdragon 845 and Exynos 9810 Oct-core Mobile Solution, paired with at least 6 GB LPDDR4x RAM and 64 GB or 128 GB onboard flash storage with a dedicated micro SD card slot (up to 256 GB). In terms of connectivity, the device will offer dual SIM card slot (depending on the region) with support for Gigabit 4G LTE and VoLte capability on both the slots. Other standard features like support for dual channel WiFi, NFC, and Bluetooth 5.0 will also be offered. The smartphone with whichever the processor will have a premium user experience without any interruption.

One more thing about the Samsung Galaxy S9 is the camera. It looks like, the brand has settled with a single camera. The sensor on the Samsung Galaxy S9 will be something similar to that of the Samsung’s recently launched Samsung W2018. The single 12 MP camera with F/1.5 aperture will offer 4K video recording capability with portrait mode via dual pixel technology. The 8 MP selfie camera is also likely to offer F/1.7 aperture and 4K video recording capability.

The smartphone will run on Samsung experience operating system, based on Android Oreo with additional features like the edge swipe, always on display, and dual curves. The company is most likely to solve the battery issues on the upcoming flagship smartphone. The phone is likely to include fast charging and wireless charging via USB type C port with USB OTG support.