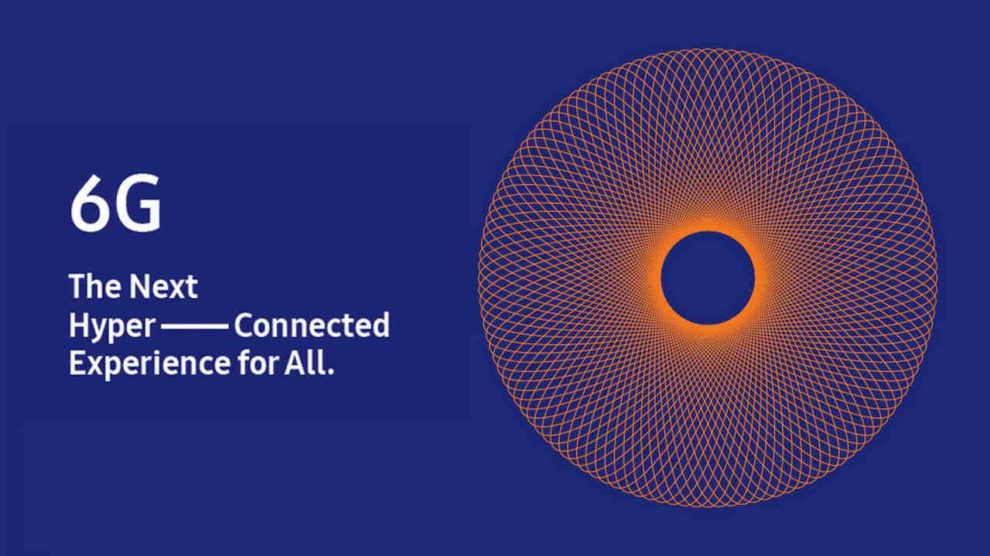 In a white paper titled as “The Next Hyper-Connected Experience for All”, Samsung has made an outline of its vision. The company has put forward all the plans for 6G. Various aspects related to 6G such as technical, societal megatrends, new services, candidate technologies and requirements have been highlighted in the white paper.

“next hyper-connected experience to every corner of life” will be brought in the market by South Korean tech giant. As early as 2028, 6G communication would be commercialised for the users. Samsung is aiming for mass commercialisation by 2030. In May 2019, the company had founded its Advanced Communications Research Center in order to accelerate the rate of research for 6G.

Sunghyun Choi, who is the Head of the Advanced Communications Research Center stated that as 5G commercialisation is still in the first phase, it would not be too early for starting with 6G because it takes 10 years from the initial phase of the research to commercialisation of a new generation of communication technology.

A ZDNet report, had put forward the white paper, and stated that the sector of the International Telecommunication Union (ITU) is held responsible for radio communication, ITU-R, is likely to jointly start their work to define a 6G vision in the year 2021.

The total time period of 15 years was taken for  3G  be defined, while 8 years was the time taken for the 5G.

GizChina reported that last year Samsung also said that it would continue to put investment and pre-study the aspects of future business, including 6G.

Li Zaiyu, who is the vice chairman of Samsung Electronics stated that we should come up with something new by challenging ourselves and surpass our old achievements.

As per the report Android Authority  referring to the white paper of the company it was put forward that 5G has been designed  with the objective of  20Gbps peak data rate, in 6G, Samsung  would be looking forward to provide the peak data rate of 1,000Gbps and a user experienced data rate of 1Gbps. The company also added to it that 16K VR streaming requires  near about downlink speeds of 0.9Gbps, saying that  the current connection of 5G would fail to provide this speed.

AMD’s Upcoming Stock Breakout!
YouTube back again at playing 1080p videos in India, but only on Wi-Fi
Comment