Bell Helicopters and Uber Technologies Inc., have made ties with each other to make the first air taxis. This partnership is expected to bring in air taxis by 2025. Uber plans to first test the flying taxi cars in Dubai and Dallas by 2020.

“Air taxi is the next way for our industry, and it’s very important for us to make sure we are among the disrupters to think about what should be transportation in the next 10-20 years,” Patrick Moulay, executive vice president for commercial helicopter salesWe’re not going to see a taxi flying tomorrow, but it’s much closer than what people think.”

The company gave a glimpse about the plan last year, and announced the partnering with 5 companies to make sci-fi stable and affordable flying cars. The company is aiming first with Dubai and Dallas and they are one of the cities which have the most busiest roads in the world. 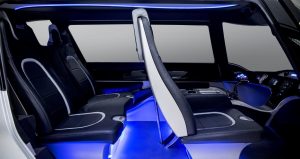 “For the air taxi, we believe that by the mid-2020s, or may be 2025, we will be there flying, we will see the first aircraft flying,” he said at the Singapore Airshow. In places like Indonesia and New York, the system to book helicopter through app already exists.

Bell Helicopter, Dallas based company has delivered more than 35000 to customers. “For the air taxi, we believe that by the mid-2020s, or maybe 2025, we will be there flying, we will see the first aircraft flying,” Moulay said.