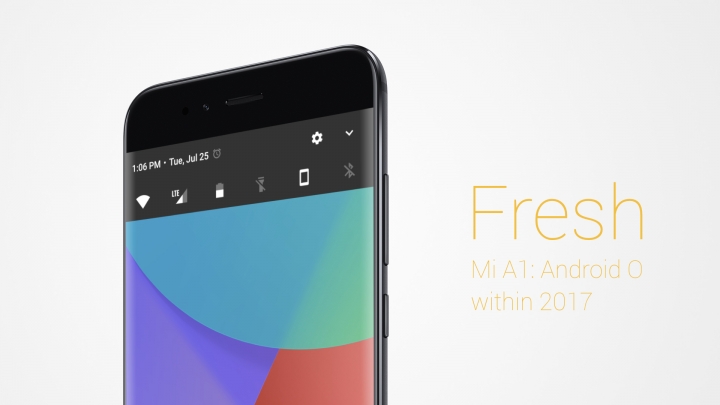 Xiaomi and Google’s first child, the Xiaomi Mi A1 now comes with one more reason to consider this smartphone over the competition and that is the fast charging capability. For a selected number of users, the Android Oreo beta update has been sent over OTA update, that enables Qualcomm Quick charge 3.0.

However, users have to take a note that, the charger that included in the retail package does not support Quick charge 3.0 capability. The stock charger comes with a rating of 5V and 2 Amps and to truly use the fast charging, one has to buy a separate charger. Due to a smaller battery, the phone charges within 120 minutes and this fast charging should enable the device to charge in less than 90 minutes, which is in line with the other premium flagship smartphone.

According to a user, he was able to charge the smartphone from 0 to 100 percent in just 92 minutes using Dash Charger from OnePlus. However, the user also claimed that the same device took exactly 2 hours when it was running on Android Nougat 7.1.2 firmware.

The Oreo update will also enable the smartphone to offer faster app loading time with overall smooth transitions. Considering the fact that the smartphone has received a permanent price cut, which now costs ₹13,999 and comes in Red, Rose Gold, Gold, and Matt Black Xiaomi Mi A1 is a true champion when it comes to smartphones under ₹15,000 price point.

To consider Xiaomi Mi A1:

Finally, we think Xiaomi Mi A1 has an edge over the Huawei Honor 7x. Except for the display, the Xiaomi Mi A1 rises and shines in every other aspect.