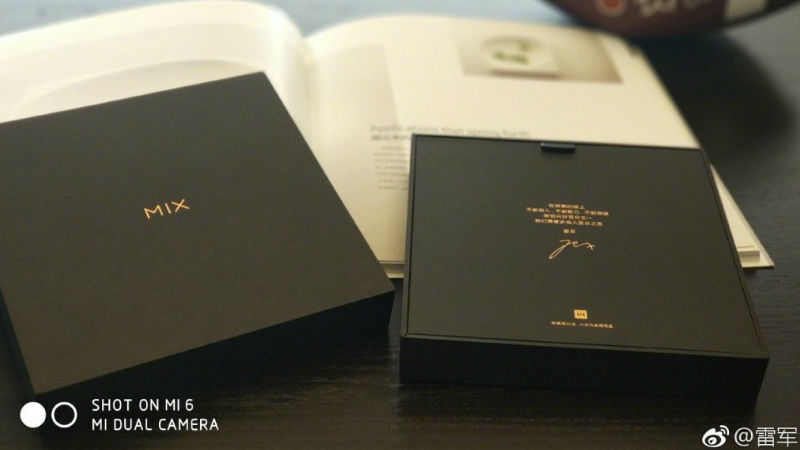 As we already know that, the Xiaomi Mi MIX 2 will be unveiled on 11th September. Today, Xiaomi Mi CEO uploaded a photo of the Mi MIX 2 official retail package to excite the audience. The actual photo is captured using Xiaomi’s current flagship smartphone (Mi 6) which is a nice marketing strategy (two mangoes for a single stone).

Xiaomi Mi MIX 2 will be the true flagship from the company with the following features. The device will be the first smartphone to be powered by Qualcomm Snapdragon 836 Octa-core SoC, paired with at least 6 GB RAM and 256 GB onboard flash storage.

It said that the Mi MIX 2 will have narrower bezel (only on the bottom) compared to the original Mi MIX, with bigger battery with fast and wireless charging capability. The device will be the first smartphone to be powered by Android Oreo based on MiUi V9. The general features like 4G LTE capability, dual band WiFi support and NFC for pairing and wireless payments will also be offered in the device.

The device will be announced one day before the Apple iPhone 8 or Edition launch (to steal their thunder) which is the best tactic to be in the limelight. What do you think about the Xiaomi Mi MIX 2 let us know in the comments below?