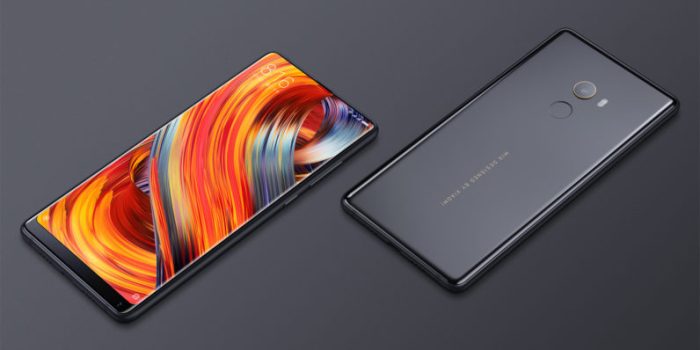 As the name of the phone suggests, this is going to be a minor upgrade from the last year’s Mi Mix 2.We can expect a notch on the front, though the new model is likely to retain the original bezel-less design pattern that was highly praised on the Mi MIX in 2016. Also,the Snapdragon 845 is already claimed to have an on-device artificial intelligence (AI) functionality that could result in features such as facial recognition on the new Mi MIX model- an iPhone X look-a-like !

We can expect some upgrades in the hardware like CPU, memory, battery, etc. and a few days ago, a source has claimed that the Xiaomi Mi Mix 2S is going to be the first smartphone in the world to come with the Snapdragon 845 processor.

There are still doubts over the specifications of the Xiaomi Mi Mix 2S as some sources suggest that it will feature Snapdragon 835 while others suggest a Snapdragon 845 processor.The new model is also said to feature an upgraded camera over the one available on the Mi MIX 2, which was launched back in last September. Particularly, the Chinese source claims that Xiaomi will be using the new Sony IMX363 camera sensor that will be equipped with a dual-pixel autofocus technology to deliver enhanced night image results.
As far as the price of the Mi MIX 2S is concerned, some past reports suggested that the smartphone would go on sale in China at CNY 4,000 (approximately Rs. 40,200).

It is speculated to hit stores in the country sometime in March – after an initial showcase at MWC 2018. Whatever the case is, we still are waiting for an official statement from the company about any such phone.

So, consider the information shared by the source with a pinch of salt.