Bharat Sanchar Nigam Limited is in loss over the last few years. The total loss of BSNL in the last four years is over Rs.32,000 crores. However, it was very slow in implementing 4G technology. In some places still, 4G technology is not implemented. Now, BSNL has approved ZTE and Finnish Nokia to convert 49,300 2G and 3G sites to 4G. ZTE is Chinese multinational Telecommunication equipment and systems

The BSNL in a presentation said, “the up-gradation route on existing mobile network offers the shortest timeline for 4G rollout with 60% of working sites that can be done through original equipment makers.”

It also said that it is the only technically and commercially best way to get upgraded to 4G. Also, it helps to get out of losses. BSNL believes that ZTE and NOKIA will do their best to transform the networks.

BSNL said, ”The up-gradation would see a rollout in a mere 4-6 months’ time without noticeable disruption in comparison to 18-20 months required through the tender route. The cost of upgrading a 3G site to 3G+4G was nearly Rs 39,000 higher than the cost of setting up a new 3G+4G site as per L1 bidder rates.” 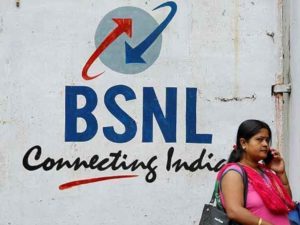 Also some sources say “BSNL wants to fast-track the 4G deployment because once 4G spectrum has been allotted, it has to incur a cost of Rs 166 crore per month. “In case, it is not able to offer 4G services, it will be difficult to recover the costs”.  The up-gradation to 4G services will have a greater advantage and allow current BSNL users to enjoy a faster network.

Last year, the Government had brought VRS for the workers above 50 years of age. The government had brought a package of Rs. 29,937 crores for this voluntary retirement scheme. Over 78,300 BSNL and 14,378 MNTL employees have opted for VRS. Now, the government has already released Rs.10,000 crores for making payments to employees towards VRS. With this new 4G transformation everyone is wishing the homegrown company BSNL to have profit and come back to its old business.