MTNL has asserted to telecom industry that its license of Delhi, Mumbai should be extended till 2021.
Mahanagar Telephone Nigam Ltd. (MTNL) has asked the government to extend the validity of its mobile license for the lucrative circles of Delhi and Mumbai by two more years till 2021, at no extra cost.
The telecom has asserted that its mobile license for the two service areas remained underused in the first four years. The cellular license of MTNL is valid until April 2019, after which the corporation would be required to renew it.
The company seeking for renewal extension stated reasons including the late start of services owing to a litigation, and spectrum allotted nearly 2.5 years after the grant of the license. MTNL has also claimed that the geographical coverage of its mobile license initially was not at par with the private telecom operators.
As per data by the telecom regulator, MTNL wireless subscriber base stands at over 36 lakh in the two metros put together.
MTNL has requested to Telecom Department at a time when the entire telecom industry is reeling under financial stress and an inter-ministerial group has been constituted to suggest remedial measures to ease the difficulties faced by the sector.
MTNL has contended that in the beginning, its license was a ‘non-standard’ one and the area of operation was restricted to Delhi Municipal Corporation and Mumbai Municipal Corporation. 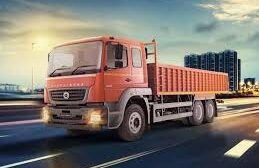