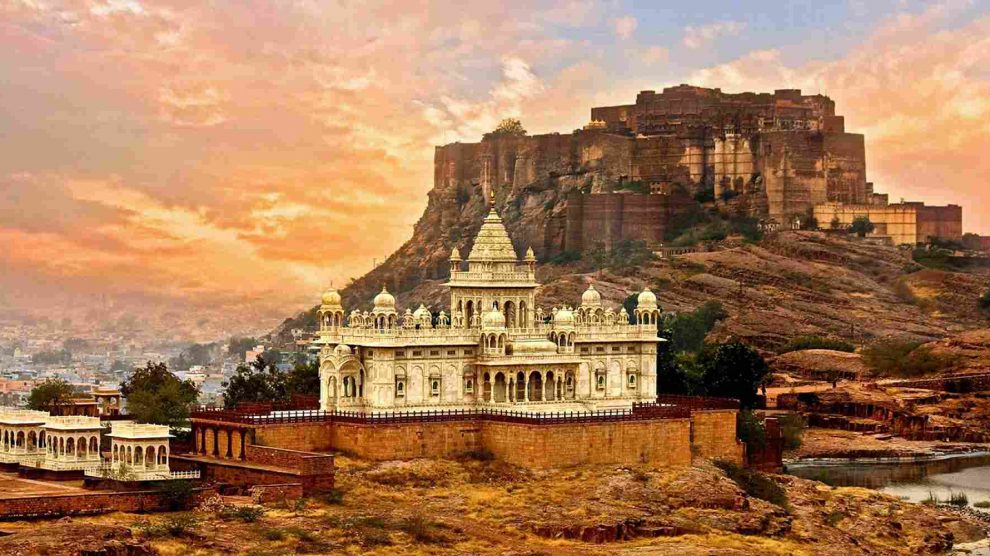 Jodhpur is rich in Rajasthani culture, tradition, and lifestyle. It is the famous tourist destination of Rajasthan.

Jodhpur or the ‘Sun City’ is the second largest city of Rajasthan. The city is famous for its magnificent forts, palaces, and temples. Since the wall of many houses is painted in blue color, the city is popularly known as ‘Blue City’. It attracts many tourists due to its heritage culture, tradition and lifestyle.

Jodhpur is situated on the edge of the Thar Desert with Jaisalmer on its west. It has a typical desert climate, dry and hot. To enjoy, the best time is between November and March when the winds have the cold breeze.

Jodhpur is easily accessible by rail, road, and air. So plan a trip as soon as possible.

Apart from the sightseeing, shopping can be a fun too. Mochi Bazaar and Sarafa Bazar are the most vibrant and famous place of Jodhpur. People can buy colorful ‘juttis’ and traditional Rajasthani footwears. The bazaar is also famous for charming cultural apparels like achkans, kurta-pyjamas, sherwanis and jodhpuri suits as well as junk jewelry. The city is also famous for its food. Numerous shops named ‘Jodhpur Sweets’ are opened all across the India to add to the popularity of Jodhpur.

The city celebrates, the Marwar festival with great fun and joy. The festival is celebrated for two days in which various programs including folk music, folk dance are performed.

Despite all these, Jodhpur has also featured in many Hollywood as well as Bollywood films namely The Dark Knight Rises, Hum Saath-Saath Hain, Veer and much more.