‘Polaris Program’ another billionaire prepares to aim for Space 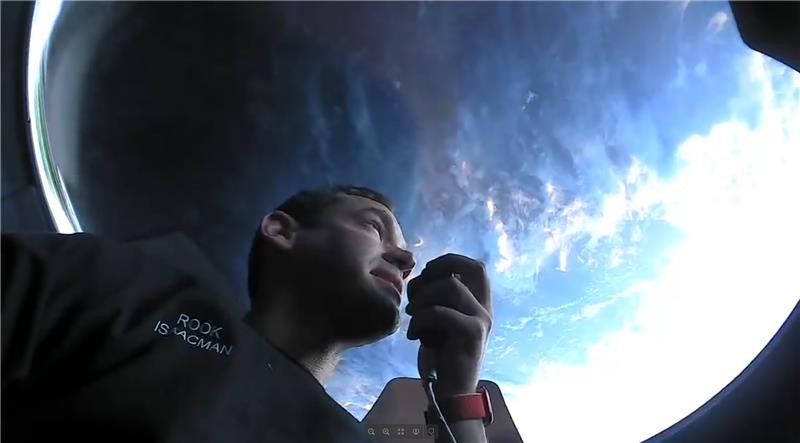 Travelling to space demands endurance in all respects, with greater challenges like escaping gravity, risk of shrinking heart or overcoming the mental strain caused due to loneliness in dark space away from home.

Scientists prepare for several months and even years to travel on space missions.

Can a normal civic citizen aspire to escape those horizons of Earth where only great Astronauts manage to tread?

Can then Humanity truly becomes a spacefaring race?

SpaceX has already engraved history in 2021 with its successfully launched Inspiration4, that became the world’s first ‘all-civilian’ space expedition on Falcon 9 rocket that blasted off from Kennedy Space Centre.

Along with three other crewmates, he spent the fifth-highest record of orbiting the Earth’s orbit at a maximum altitude of 364 miles (565 km) for three days on a Dragon spacecraft.

It was the brainchild of billionaire and founder of Shift4 Payments Jared Isaacman who chartered the spaceflight privately. He said: “Inspiration4 is the realization of a lifelong dream and a step toward a future in which anyone can venture out and explore the stars”.

With everyone rushing towards space and hoping for a business park or Rideshare launch, this era marks a new impetus for human spaceflights and exploration.

The Billionaire has vested a new flight plan that hopes to rapidly add up to existing human spaceflight capabilities alongside raising capital and awareness for the troubles Earth continues to face.

The “Polaris Program” will include three commercial spaceflights which are on the way to be launched on SpaceX’s Dragon spacecraft towards the end of this year.

The first flight in the series by the name “Polaris Dawn” will launch Mr. Isaacman as the mission’s leader and taking the space enthusiasm to another level.

“On Polaris Dawn, we endeavor to achieve the highest Earth orbit ever flown.”

The intended mission will surpass the Van Allen radiation belt which envelops the Earth with magnetically-trapped and highly-energetic charged particles.

This opportunity will thereby allow the crew to collect information with respect to the space radiation and the impact of such exposure on human health.

A Spacewalk or an extravehicular activity (EVA) will be attempted by the crew members in the lower orbit at approximately 300 miles (500 km) above the surface of Earth for which they will wear new SpaceX-designed spacesuits.

“The development of these suits and the execution of the EVA will be important steps toward the scalable design for spacesuits for future long duration missions. Ultimately, it will really come down to vehicle performance and what we’re able to accomplish while ensuring that we have a path to come home safely”.

Why the name Polaris?

The “North Star” or Polaris, is a constellation made up of three brightest visible, the Polaris Program aims to be the guiding light for humanity towards new destinations those remain unknown.

The second Polaris mission will be based on the findings ascertained from the first by the team.

Billionaire adds: “We’re going to learn as much as we can from the Polaris Program side of things, SpaceX is going to learn an awful lot as they’re getting Starship ready for its first human spaceflight and I think we’re going to combine that to ultimately form what the second mission should look like”.

The third launch under the mission will possibly be the first human spaceflight of SpaceX’s Starship, the world’s first fully-reusable spacecraft designed to carry crew in addition to the cargo to Earth’s orbit and beyond: Moon, Mars and farther into the solar system.

India designates five new Ramsar sites, three from Tamil Nadu and one each from MP and Mizoram