The Indian Wire » Uncategorized » Rajasthan Polls: A look at BJP’s Bigwigs who are in electoral race 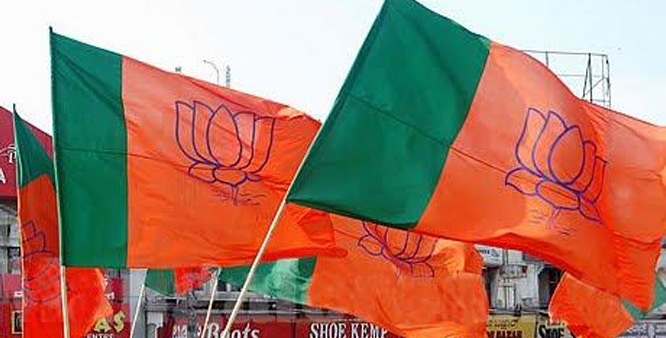 With a total of over 2800 candidates in the electoral race for the 199 out of 200 seats in Rajasthan, the upcoming Rajasthan Assembly elections are likely to set the ground for the Lok Sabha elections next year. Both the Bharatiya Janata Party (BJP) and Congress have fielded candidates after rounds of Discussion over Caste factors, feedback received from the ground level workers and political weight of leaders for that particular constituency.

As the polls in the State are days away, have a look at the bigwigs from Bhartiya Janta Party who are in the Fray:

Vasundhara Raje: Vasundhara Raje, two time Chief Minister of the Largest State of India, the only women to achieve this coup is leading the saffron army for the four consecutive state assembly elections. She is contesting the upcoming polls from Jhalrapatan Constituency against Manvendra Singh. She is the only leader in the party who has never changed her seat.

Raje, five-time parliamentarian and four-time legislator started her political career in 1984 as the national executive Member of the party. She was the State BJP Chief from 2003 to 2013, leading the parties to victories. Before 2003, she was the Junior Minister in Atal Bihari Led Government.

While Manvendra Singh is making road tough for the incumbent Chief Minister.

Gulab Chandra Kataria: Chandra has been elected to state assembly seven times since 1977. The incumbent Home Minister of Rajasthan will contest the upcoming assembly polls from Udaipur, where he has been contesting from last three elections. Kataria has been fielded against Congress’ Girija Vyas, who defeated him in the 1985 assembly polls by a narrow margin of some hundreds.

Gulab Singh Kataria is a controversial face who had been arrested in 2013 for murder in the famous Sohrabuddin Fake Encounter case.

Younus Khan: The incumbent Transport and PWD Minister in the Raje’s government has been pitched against the State Congress Chief Sachin Pilot by Bhartiya Janta Party. Khan won his last election from Nagaur in 2013. This time he is facing Pilot from Muslim dominated Tonk Constituency.

He is a lone Muslim face nominated by the Bhartiya Janta Party in a run-up to the assembly elections.

Prem Singh: Labelled as the richest candidate from the party whose income saw a 62 percent rise in assets to Rs 142 crore, Prem Singh will contest the upcoming polls from Neem ka thana Constituency, a part of Sikar District. Singh has won the last assembly elections from the same seat in 2013 Polls.

Mohit Yadav: Son of Cabinet Minister in Raje’s Government Dr. Jaswant Singh Yadav lock horns with Congress Candidate RC Yadav from Behror Assembly, the seat which was won by his father in last assembly elections of 2013.

Dr. Jaswant Singh Yadav was the Labour and Employment, Factory and Boilers Inspection in Raje’s Government lost the Lok Sabha by-Elections believes that his work in the constituency will help his son Mohit Yadav to win in Upcoming polls.

Shambhu Singh Khetasar: Bhartiya Janta party has fielded Shambhu Singh against the Veteran Leader Ashok Gehlot from Sardarpur Assembly Seats. Khetasar was appointed as chairman of Rajasthan State Seed Corporation in 2016. He was defeated last time in 2013 by a margin of 18,000 votes against Former Chief Minister Ashok Gehlot.
The fortune of all these candidates will be decided on Polls due for December 7. The counting of votes will take place on December 11 with four other state assembly elections.

Rajasthan polls: A look at Congress bigwigs who are in the fray
Rajasthan Polls : BJP Manifesto vs Congress Manifesto, who promises what?
Comment