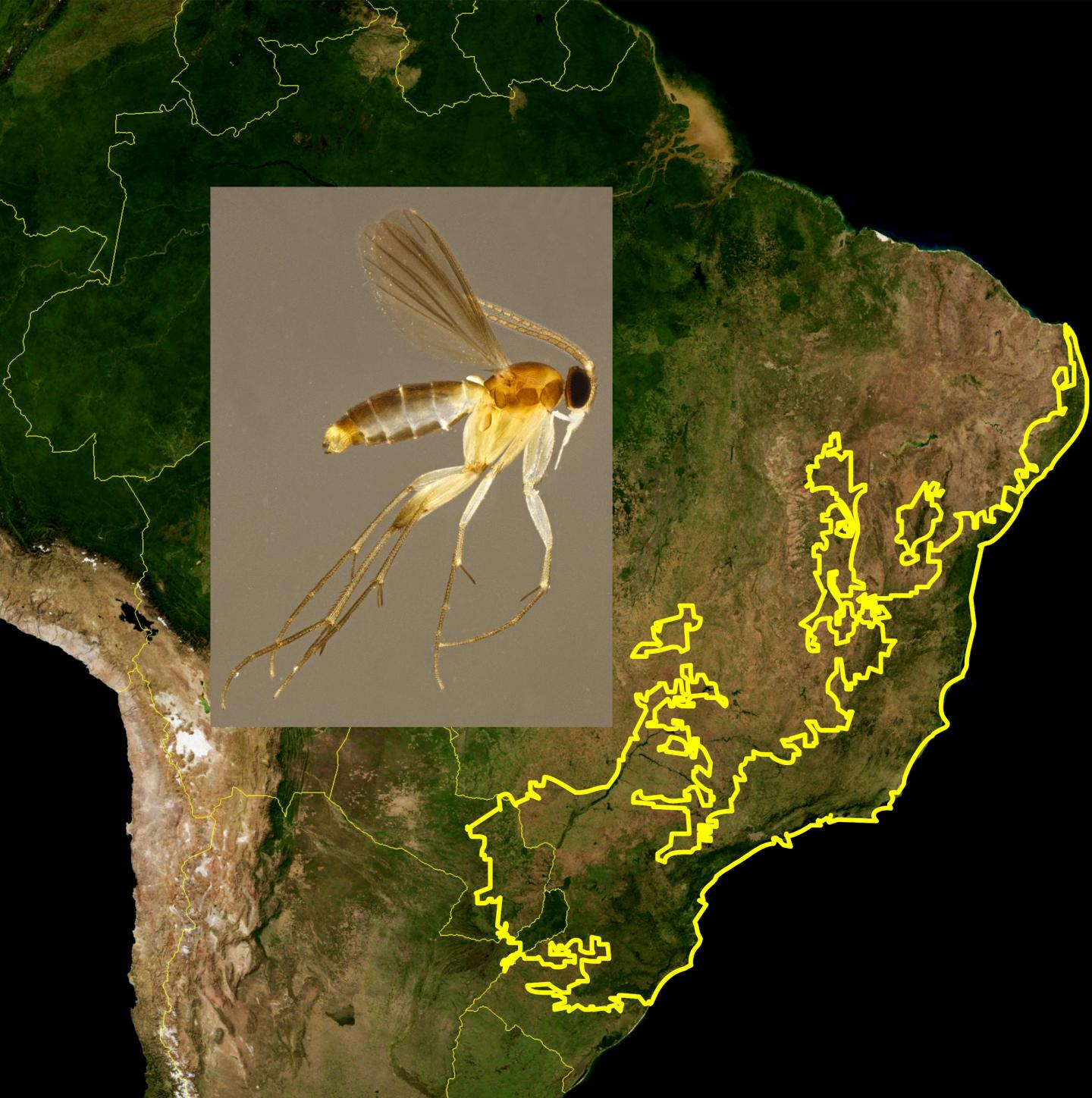 Scientists believe that Brazil holds 15-20% of the all the biodiversity on Earth- the reason for which might be the heterogenity of natural habitats and its dimension. A research that was conducted in the Brazilian Atlantic Forest under the supervision of senior researcher Olavi Kurina from the Chair of Biodiversity and Nature Tourism at Estonian University of Life Sciences also confirms this theory.

The Atlantic Forest ecoregion in Brazil follows the coastline of the South American country, and is known for its diverse nature and the tropical, subtropical and mangrove forests. This region is also special because of its shrubland and grassland, commented Olavi Kurina. “There are many endemic species known in this region.”

Researchers recently found that in addition to the already known biodiversity, there might be up to 20 gnat species, who belong to the genus Manota, are present in these rainforests- these gnats have been previously unknown to science.

The species that were described by the researchers belong to the family of fungus gnats (Mycetophilidae) and are small flies, are 1.5 to 3mm long. there are specific differences which can mainly be seen in the terminal morphology of the male specimens, explained Olavi Kurina.

The scientific names of the new species were given to them keeping in mind their morphological features while simultaneously honoring the colleagues who had contributed to the research.

As a result of this zoogeographic analysis, researchers also saw a discrepancy between the comparatively wide distribution of the Manota species and the areas of endemism known for Diptera in South America and in Brazilian Atlantic Forest particularly.

The study, which is said to be the first in-depth treatment of the genus Manota in Brazil, was a combined effort of the Estonian University of Life Sciences, University of Turku and the University of São Paulo.

The type material of the new species was then deposited in the insect collections of Estonian University of Life Sciences and University of São Paulo (international acronyms IZBE and MZUSP, respectively).

The study was published recently in the scientific journal Zootaxa, which is a mega journal for zoological taxonomists in the world. It can be found here, http://dx.doi.org/10.11646/zootaxa.4472.1.1