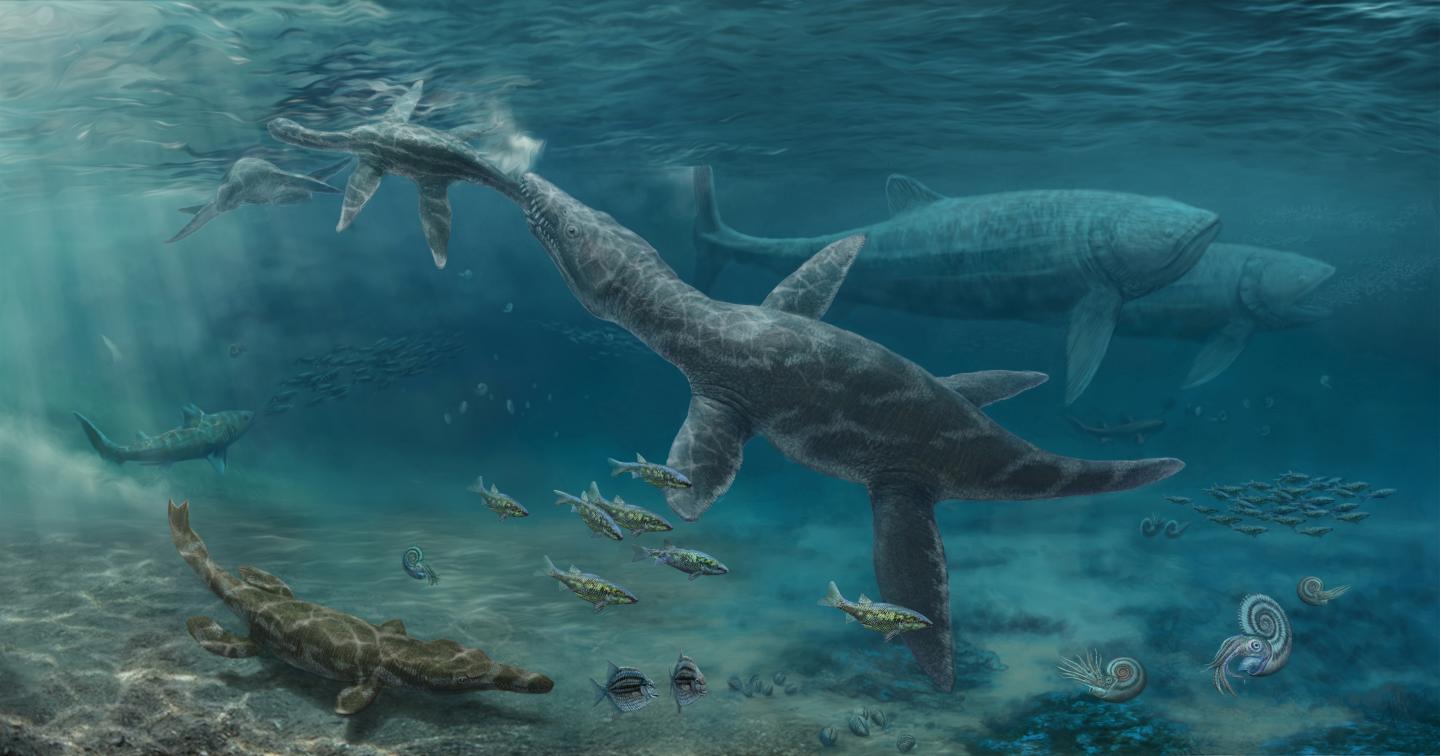 A new research suggests that marine predators that had lived in deep waters during the Jurassic Period, adapted and thrived as sea levels rose, while on the other hand, species who were residents of shallows perished.

A study on fossilised teeth has given researchers clues on how reptiles adapted to big, notable environmental changes more than 150 million years ago, and how the marine life might respond today. It also showed, for the first time, that the broad structure of food chains beneath the sea has remained mostly unchanged since the Jurassic era.

For more than 18 million years, diverse reptile species have lived together in tropical waters that ran from present-day northern France to Yorkshire in northern England. But up until now, however, little was known about the structure of the food chain in this region – which is called the Jurassic Sub-Boreal Seaway – or how it transformed as sea levels rose.

Analysing the shape and size of teeth spanning this 18-million-year period when water levels kept changing, palaeontologists at the University of Edinburgh discovered that species belonged to one of five groups based on their teeth, diet and on in which part of the ocean they lived.

The pattern is really similar to the food chain structure of modern oceans, where many different species are able to live together in the same area because they do not compete for the same resources, commented the researchers.

As the global sea levels rose, reptiles that had lived in shallow waters and caught fish using their thin, piercing teeth declined drastically. At the same time, larger species who dwelled in deeper, open waters began to thrive. These reptiles possessed broader teeth for crunching and cutting prey.

Deep-water species might have flourished because of the major changes in ocean temperature and chemical make-up that also took place during the period. This could have led to an increase in the levels of nutrients and prey in deep waters, which had benefited species that lived there.

The study provides researchers insights into how species at the top of marine food chains today might react to rapid environmental changes – including climate change, pollution and rising temperatures.

The study, which also involved the University of Bristol, was published recently in the journal Nature Ecology & Evolution.

Davide Foffa from the University of Edinburgh’s School of GeoSciences, who led the study, said: “Studying the evolution of these animals was a real – and rare – treat, and has offered a simple yet powerful explanation for why some species declined as others prospered. This work reminds us of the relevance of palaeontology by revealing the parallels between past and present-day ocean ecosystems.”

Dr Steve Brusatte, also from the University’s School of GeoSciences, said: “Teeth are humble fossils, but they reveal a grand story of how sea reptiles evolved over millions of years as their environments changed. Changes in these Jurassic reptiles parallel changes in dolphins and other marine species that are occurring today as sea-levels rise, which speaks to how important fossils are for understanding our modern world.”