Banda [Indonesia], June 24: An earthquake of 7.3 magnitudes measuring on the Ritcher Scale has on Monday jolter Tanimbar islands of Indonesia in the Banda Sea.

According to ANI news reports, the quake struck at a depth of about 210 kilometres beneath the southeastern region of the Banda Sea beside a complex plate boundary between the Sunda plates and Australia on Monday morning.

According to the United States Geological Survey (USGS), no immediate reports regarding damage to properties or casualties were reports, as well as, no tsunami warnings were also issued.

As per CNN news reports, the tremors were also felt in some parts of the Darwin city of Australia.

Indonesia is considered to be highly susceptible to a low range or severe earthquakes and tsunamis due to its positioning which lies in the highly seismic “Ring of Fire” – a region in the Pacific Ocean’s basin. 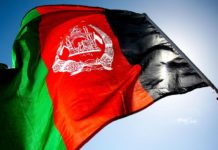