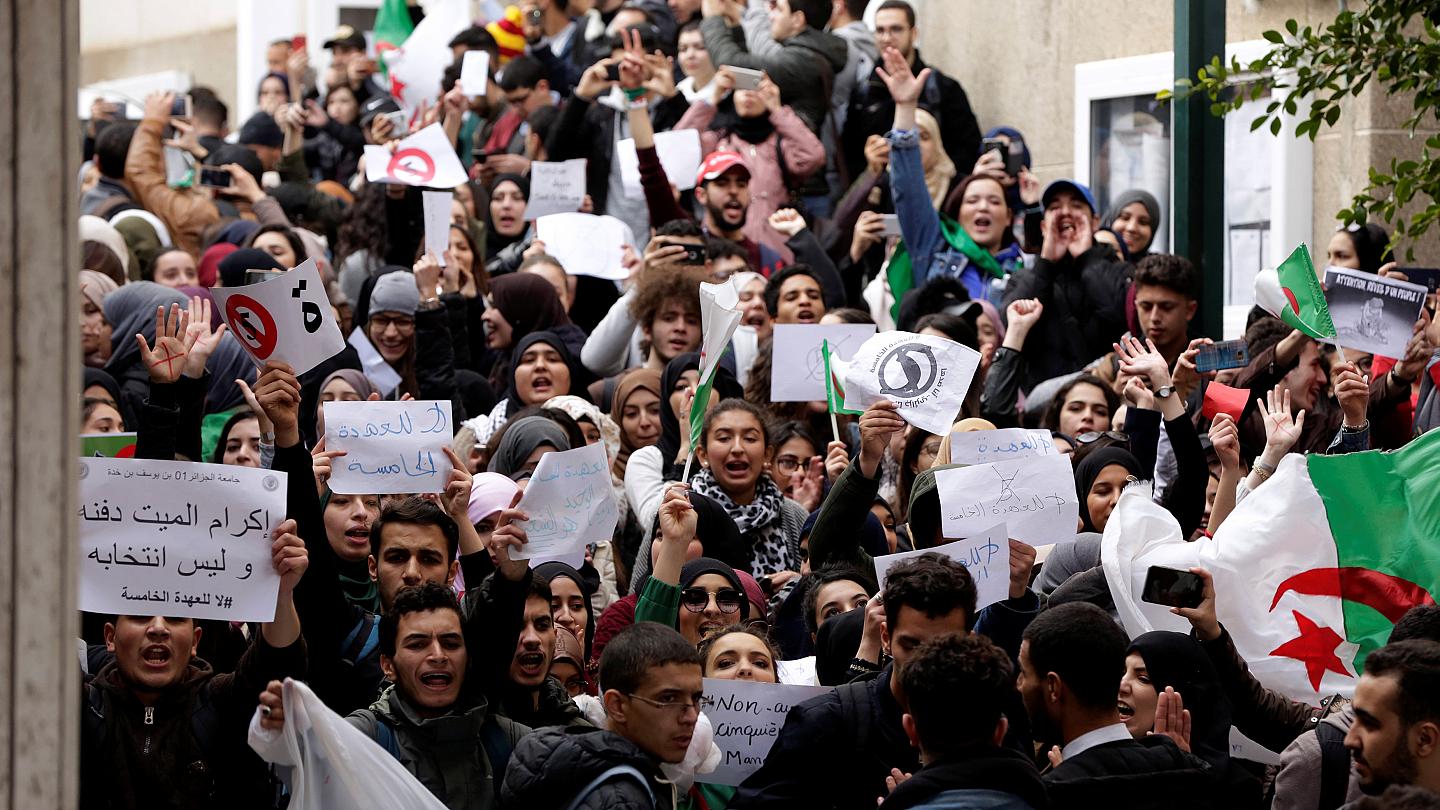 Tens of thousands of people in Algeria have taken to the streets on Friday to protest against the country’s President Abdelaziz Bouteflika’s bid for another fifth term in power.

According to BBC news reports, while demonstration by citizens on the street, security forces fired tear gas at them in the capital, Algiers. According to authorities around seven protesters and more than 50 officers were injured during the clashes with about 45 people arrested.

Anti-government protest march in Algeria are rare but several have broken out after Bouteflika confirmed his candidacy in the presidential election.

As protesters demonstrated through the streets of Algeria on Friday, several of them carried banners saying “leave means to leave”. Others stressed their intentions were peaceful.

AFP news agency has quoted a woman as saying that “twenty years are enough”.  Ali Selmi told Reuters news agency, “This is a celebration, not a protest. We are celebrating Algeria’s rebirth.”

Some demonstrators threw stones near the presidential palace on Friday and were then driven back by security forces firing tear gases. Witnesses said that there were injuries during the clashes, on both sides. Demonstrations also took place in several other cities following Friday’s prayer.

Bouteflika came into power in 1999 and was credited with putting an end to country’s civil war that when estimated has claimed the lives of around 100,000 people.

In 2011, protests against unemployment and food prices hike broke out during the Arab Spring but the president responded to it by lifting a nearly two-decades state of emergency, meeting a key demand of protesters.

He then won re-election in an election denounced by the country’s opposition. Critics say his ill health means that he is unable to perform his duties as president.