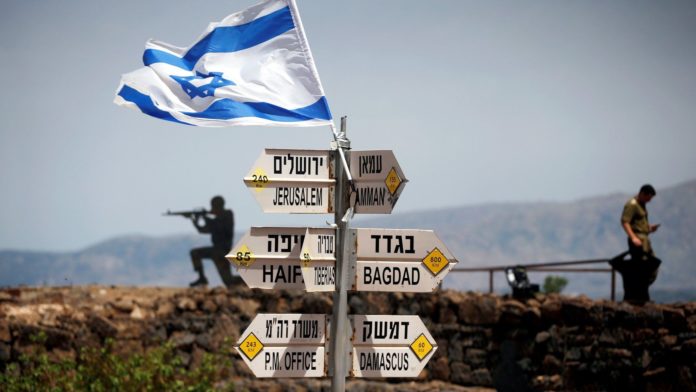 The Arab League leaders has said on Sunday they would seek a United Nations security council resolution against the United States’s motion to recognize Israel’s sovereignty over the Golan Heights and pledged to support Palestinians.

According to Reuters news reports, Arab League secretary-general Ahmed Aboul Gheit said, “We, the leaders of the Arab countries gathered in Tunisia … express our rejection and condemnation of the United States decision to recognize Israel’s sovereignty over the Golan.”

He said the Arab nations would provide a drafted resolution to the UNSC and seek a legal opinion from the ICJ (International Court of Justice) over Washington’s decision. It has also warned other nations to stay away from following the US’ lead.

Last week, US President Donald Trump has inked a proclamation recognizing Israel’s sovereignty over the Golan Heights, which Israel had annexed from Syria during a civil war in 1981 after seizing it in 1967.

Trump’s earlier decision of recognizing Jerusalem as Israel’s capital has also drawn strong condemnation from the Arab countries. Palestinians want East Jerusalem as the capital of a future state.

Arab leaders also ended up their annual summit in Tunisia calling for the cooperation with the non-Arab Iran based over non-interference in common affairs.

UN secretary-general Antonio Guterres, who addressed Tunisian summit, has said any resolution related to the Syrian conflict should guarantee the territorial integrity of Syria “including the occupied Golan Heights”.