The Indian Wire » World » Area 51 raid: From two million accepting the invite to 150 actually showing up 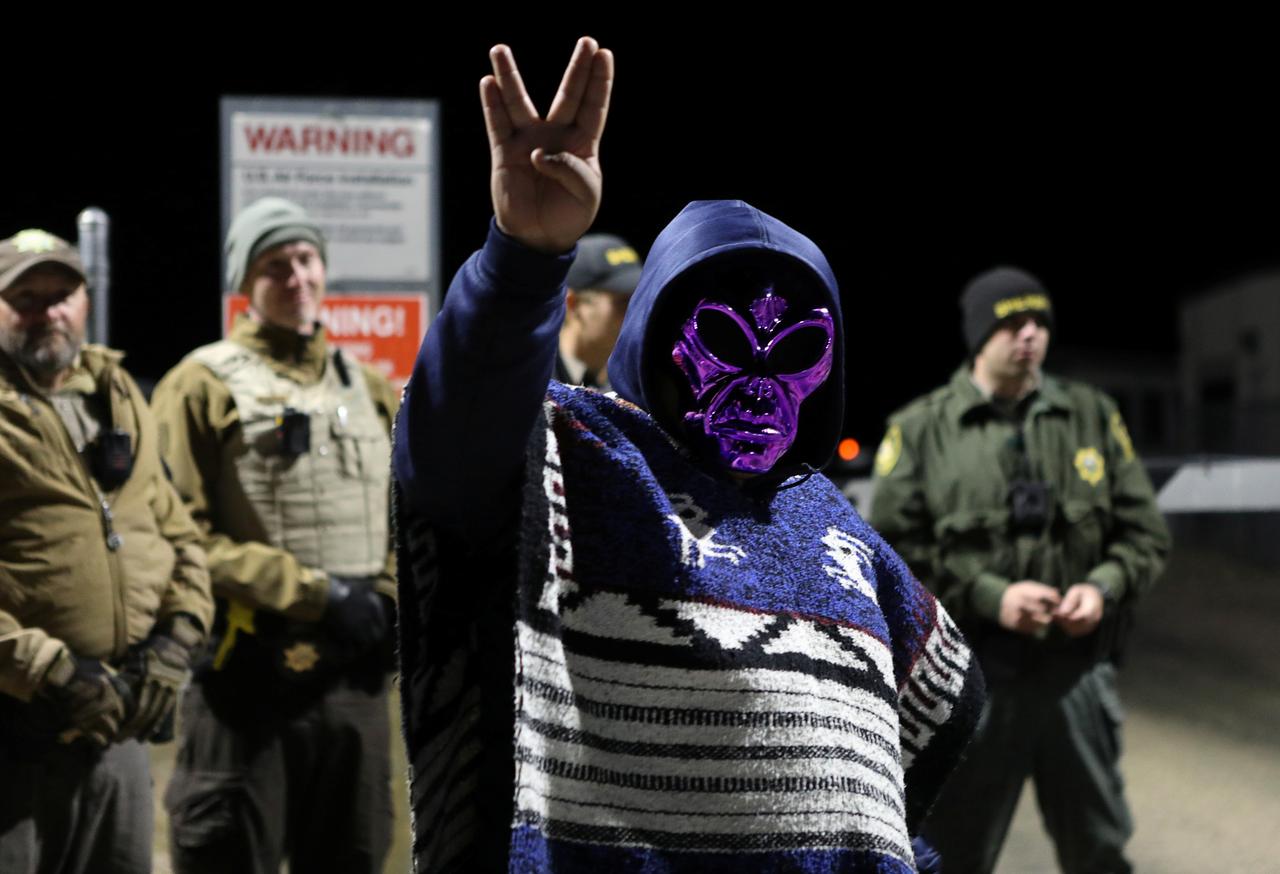 Area 51, has been an area of keen interest for conspiracy theorists and space enthusiasts. With many saying that it is a crash site of a UFO to some saying that extra-terrestrials are locked away.

An event called “Storm Area51” which started as a joke by 20-year old Matty Roberts somehow managed to break the internet. The invitation which was taken down by Facebook had managed to receive 2 million respondents saying ‘yes’ while 1.5 million had marked ‘interested’ on the invite.

It has been years since rumours have been floating around the nature of the top-secret government facility. According to a report in NPR.com, the event was shifted to a nearby village of Hiko turned out to be a festival with people dressed up as aliens and meme enthusiasts. Another event was based in Las Vegas. The events were dubbed as ‘Alienstock’ and ‘Storm Area 51: Basecamp’.

About 150 people showed up at Area 51, out of which five have been arrested and one has been injured due to dehydration. According to reports, many people had come to the military base with the intention of storming the base. The facility which had been a top-secret facility had been revealed as a test site for spy planes as per a declassified CIA document from 1992.

The event still had people coming from around the country. According to a report in news18.com, the two villages near the facility of Area 51 had seen a lot of people while some just partied and got to know one another. Others chose to try the impossible task of storming the base.

Area 51 has been one of the most controversial secrets kept by the US Government. The facility is located in the middle of a desert in Nevada. The people who had been desiring to enter the facility had been warned by the US Military of strict action.