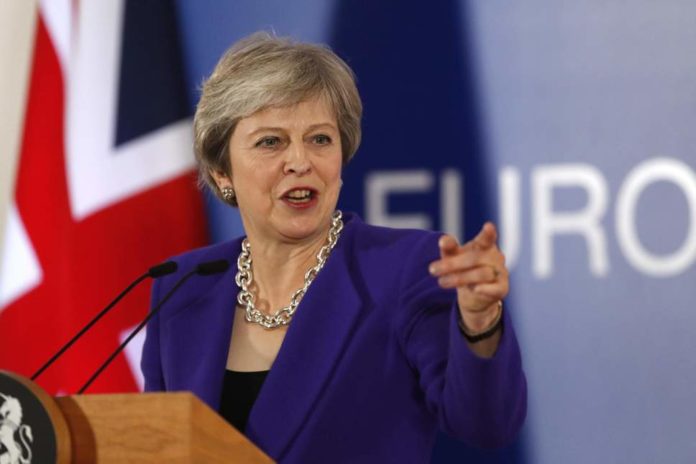 After her government lost a vote, British Prime Minister Theresa May suffered a setback on Tuesday, when found contempt of parliament over May’s plan to leave the European Union (EU). May lost her vote to the opposition at the very first day of five-day debate.

To keep close-tight ties with EU even after leaving EU in March, May wanted to secure approval of parliament for her deal. But, however, the opposition were fierce and has Brexit supports and it critics to prevent accomplishment of May’s plan.

Before the debate started, the strength of the opposition from lawmakers appeared when opposition found May contempt of parliament over a refusal to release it full-length advice document on the Britain’s exit. The government assured it would now observe. Sterling (British money) fell and touched its ever lowest against the US dollar, since mid-August.

After a day of facing humiliation in the House of Commons as she lost the vote when found contempt over her refusal to publish the document, May displayed down six-page document attracting allegations of “inadvertently misleading” parliaments by opposition MPs, in the public domain.

During weekly Prime Minister’s Questions (PMQs) session in the House of Common, May said, “I recognize there are concerns about the backstop but it is indeed the case that it is not attractive for the European Union to have the United Kingdom in the backstop for a number of reasons.”

She further said, “First of all because in that backstop we will be making no financial obligation to the European Union; we will not be accepting free movement; and there will be very light-touch level-playing field requirements.”

A legal advice document was presented by UK attorney-general Geoffrey Cox and warned Irish backstop’s term that could trap UK in “protracted and repeated rounds of negotiations” with EU in the upcoming years.

It somehow confirmed that May’s deal – backstop would tie up Britain indefinitely to EU rules.