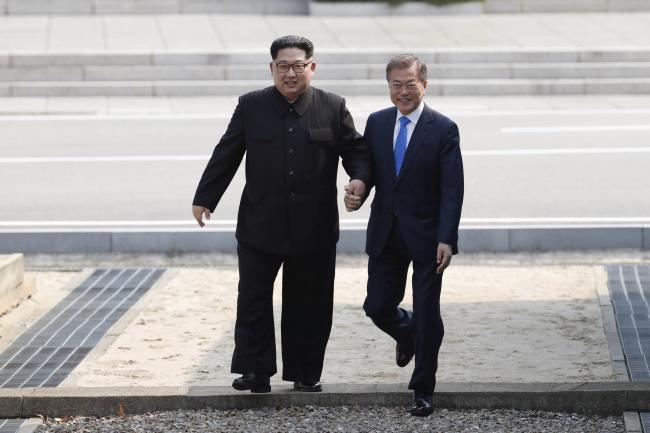 North and South Korea have held a groundbreaking border ceremony on Wednesday, which they hoped would now lead to the reopening of train and road links across their heavily armed border between both two countries.

To attend Wednesday’s symbolic groundbreaking ceremony in North Korea, 100 of delegation officers from the South with transport and unification minister arrived at Panmun station, traveled for straight two hours in a train journey to town of Kaesong.

The border ceremony meeting comes after weeks of joint survey of sections of North’s rail network conducted by both countries, aimed to provide a direct services to the South Korea one day.

According to news reports, in an official statement, the South Korean transport ministry said: “The groundbreaking ceremony is meaningful in that it demonstrates the Koreas’ willingness to actively cooperate on the modernization and connection project of their railways and roads.”

This train and road connectivity was the latest in the series of projects designed in order to improve the bilateral relations, which was agreed between Kim Jong-Un, North Korean president, and the South Korean President Moon Jae-in, who has supported engagement with Pyongyang.

Despite of a deadlock in denuclearization negotiation between the United States and North Korea, the progress over South and North Korean bilateral ties was continuing.

However, no date has been yet released set for beginning of the construction project work on joint rail and road project. Construction could expected to be held up by international sanctions against Pyongyang. Seoul has said the UN security council had granted them exemption from the sanctions in order to facilitate the ceremony.

The groundbreaking ceremony was also attended by senior transport officials from China, Mongolia and Russia, which they hoped one day could lead towards a direct connection between the Europe and Korean peninsula via the Trans-Siberian Railway.