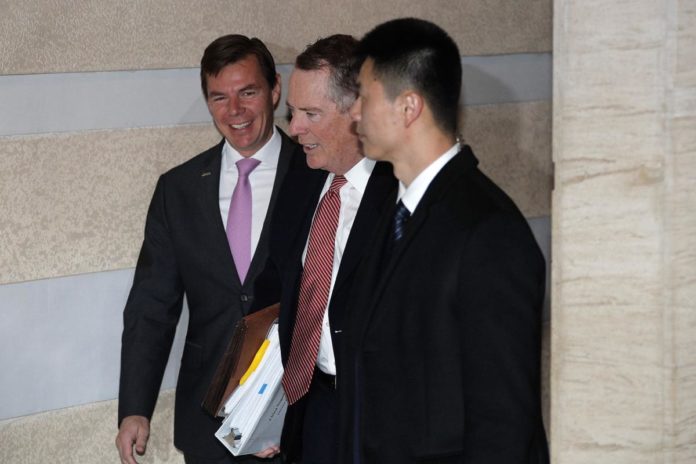 Negotiators from the United States and China has started a new round of top-level talks on Thursday in Beijing which is aimed at putting an end to a major trade war between the world’s two largest economy holding countries.

Chinese state-run Xinhua news agency has reported on Thursday that Chinese vice premier Liu He has met with the US trade representative Robert Lighthizer as well as the US treasury secretary Steven Mnuchin in Beijing. The talks were jointly chaired by a member of the political bureau of the communist party of China central committee.

The US President Donald Trump said, this week, he was open to extending the trade truce deadline if the dialogues in Beijing progressed in a positive note.

Earlier the US president has threatened on March 1 to imposed tariffs on $200 billion worth of Chinese export and goods to about 25 per cent to 10 per cent on if in case Beijing failed to agree with Washington’s demands in order to amend its trade practices.