Beijing, July 11: Chinese foreign ministry on Thursday said China should not be used by United Kingdom foreign secretary Jeremy Hunt by speaking “unduly” about Beijing, during his election campaign to become the next British prime minister, replacing Theresa May.

According to Reuters news reports, Beijing has attacked Hunt for his remarks on mass protest in the former British colony, Hong Kong, against a controversial extradition bill that would allow suspects in the territory to be sent to mainland China for court prosecution.

Hunt has on Wednesday said nations that don’t allow media freedom must be held accountable to pay a diplomatic penalty, as he asserted about worsening situation in China and elsewhere.

During a daily media briefing in the capital, Chinese foreign ministry spokesperson Geng Shuang said, “But I’ve noticed the competition for the leadership of the Conservative Party at the moment in Britain.”

“I know that many people are working for the leadership of the Conservative Party, and then become Britain’s new prime minister.”

He added, “This an internal affair for Britain. But I hope that certain people in Britain, including Mr. Hunt, during the election don’t speak unduly about China, hoping to use this to get votes for their election, or in service of it.”

Recently, China and Britain have discussed a recent “golden era” in their ties but has been shadowed by a spat over the strategic South China Sea. 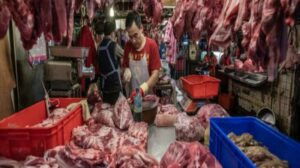