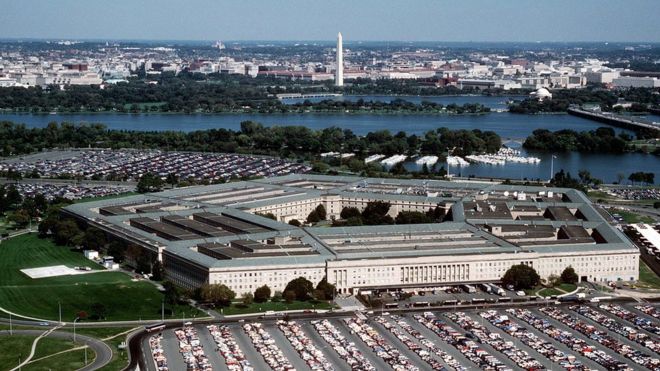 According to the Washington Post, the spokesman described the planning process as being in its “infancy.” In response to the news, White House press secretary Sarah Sanders said in a release that Trump had asked the Defense Department to “explore” the idea of such a parade.

“President Trump is incredibly supportive of America’s great service members who risk their lives every day to keep our country safe. He has asked the Department of Defense to explore a celebration at which all Americans can show their appreciation,” Sanders told the press. The marching orders went as follows: I want a parade like the one in France,” a military official told the paper. “This is being worked at the highest levels of the military.”

Trump’s meeting with senior military leaders last month with Vice President Mike Pence, White House chief of staff John Kelly, Defense Secretary James Mattis and Chairman of the Joint Chiefs Gen. Joseph Dunford included this proposal.
Trump was on French President Emmanuel Macron’s guest list on Bastille Day last year, and praised the French military parade calling it “one of the greatest parades” he has witnessed. He said last September in a conversation with Macron that he would like such a parade in Washington.

Trump’s call for a military parade might prove expensive. According to The Post shipping tanks and military hardware into Washington could cost millions of dollars, and that military officials said they were unsure how the funds would come.
The news of Trump’s call for a military parade in the US comes as North Korea plans to show off dozens of long-range missiles during a February 8 parade, sources told North Korea’s intentions told CNN last week.

Renowned magazine Gambling Times to be launched in India