Europe, May 23: The European Parliament has kicked off its European elections on Thursday morning in the Netherlands, as well as, the United Kingdom (UK) also joint the polls, with the polling stations opening at 6:00 GMT in Great Britain.

From now onwards to the next four days, the people of the 28 European Union (EU) member states will go for the polls to elect 751 deputies who will serve the European Parliament for the next five years, according to Sputnik news reports.

The Dutch will also go for polls to elect some 26 members of parliament, while citizens in the UK will have to elect 72 legislators.

As per reports, the outcomes of the polls will be published only after the closure of all voting stations in all the EU member states slated to take place on May 26, Sunday.

On April 13, anti-EU Brexit politician Nigel Farage has launched a campaign for an EU election on Friday that might never take place to an institute where he insulted the contest for British seats in the EU parliament.

Britain was earlier poised to leave the EU before EU elections, which is scheduled to take place late in May in each EU countries. But, however, the UK parliament still deadlocked whether to approve British Prime Minister Theresa May’sdivorce agreement with the EU, which the bloc leaders extended the Brexit deadline until October 31.

May said was taking part in EU elections three years after the country voted to leave the bloc would be “unthinkable”.

But with UK lawmakers expressing an unwillingness to endorse the Brexit deal that May has forged with the bloc, preparation for EU election campaign has begun in order to fill 73 British seats in the 751-seat EU legislature. Only winning Britain’s candidate can serve as long as their nation remains in the bloc. 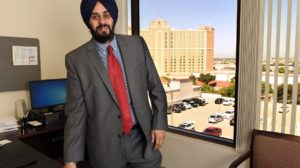