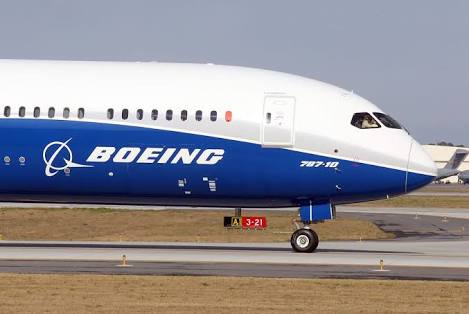 Washington DC, June 3: A joint probe by Boeing and the United States (US) Federal Aviation Investigation (FAA) has found some of the world’s largest aircraft manufacturer’s 737 aircraft and the grounded 737 MAX might have few faulty programs over their wings.

According to ANI news reports, Boeing has said on Sunday it has reached out to airlines flying 737 aircraft and advised to monitor their slat track assemblies on Next Generation (NG) aircraft and MAX aircraft.

The development came shortly after two weeks when Boeing acknowledged it there were no defects in the 737 MAX planes stimulator, used to train pilots. The same model aircraft came under scrutiny following two deadliest plane crash, one in Ethiopia and another in Indonesia within six months, due to which more than 346 people have lost their lives.

The freshly discovered issue show disturbance in 148 slat tracks which are being produced by Boeing supplier. According to the FAA, an aircraft would be brought down through a complete failure of the leading edge slat track, but also could cause harm to the plane in flight.

Leading edge slats are an aerodynamic control surface that extends from the front of the wing, and used to held in providing additional lift pressure to the aircraft.

This recent development would not be beneficial for Boeing as the company has been trying to get the 737 MAX back into the air post-Indonesia and Ethiopia plane crash.

The FAA further stated it has been not yet notified of incidents that would relate to the tracks on operating flights, moreover, the fixing process would only take a few couples of days to get done.

In an official statement, the Chief Executive Officer (CEO) of Boeing Commercial Airplanes, Kevin McAllister said, “We are committed to supporting our customers in every way possible as they identify and replace these potentially non-conforming tracks.”

Last month, Boeing has said it has completed software update and tests for 737 Max planes that have been grounded worldwide since March this year following two deadly air crashes in a short span of five months.

“Boeing has completed development of the updated software for the 737 MAX, along with associated simulator testing and the company’s engineering test flight,” said the US top aircraft manufacturer on Thursday, Xinhua reported.

It added that it has flown the 737 Max with an updated flight control system, the Maneuvering Characteristics Augmentation System (MCAS), for more than 360 hours on 207 flights.

Investigators believed a flaw in the MCAS software was a contributory factor to the crash of the Ethiopian Airlines Boeing 737 Max plane en route from Addis Ababa to Nairobi, Kenya, on March 10, 2019, which killed all 157 people aboard.