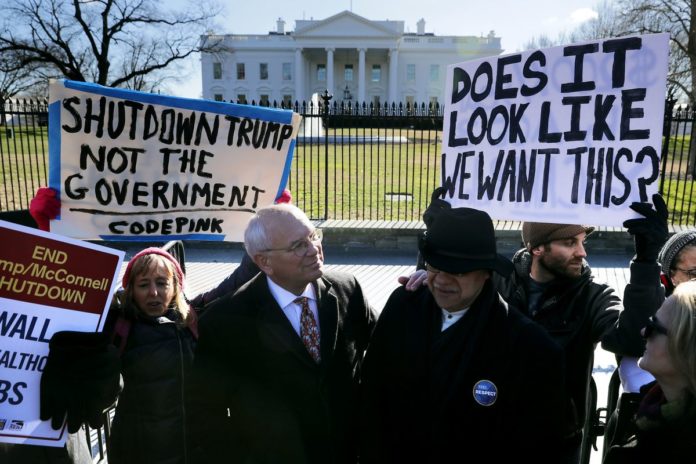 The United States partial government shutdown was estimated to cost the US economy by $3 billion. The Congressional Budget Office (CBO) said the loss was expected to chop 0.02 percent from the country’s growth in 2019.

According to BBC news reports, the agency said the overall damage was amounted to around $11 billion but was expected to be covered as soon as federal resumes working. The CBO, the federal agency used to analyze the economy and budget for the US Congress, has released the estimates reports on Monday.

It said the new tariff could also slash about 0.1 percent from the country’s growth until 2019, as higher prices prompt lower investment and consumption.

The CBO said the US economy was expected to grow by around 2.3 percent in 2019 as prior to the partial shutdown, slowing from last year as a boost from the federal spending and 2017 tax cuts fades. The growth was expected to decelerate more in following years to an annual average rate of 1.7 percent to 2023.

The White House economic advisor Larry Kudlow has pushed back against the agency’s report, stating the CBO was regularly too pessimistic. At a press conference on Monday, he said, “I’m not here to rail on CBO,” adding, “They have a different point of view.”

The CBO said the US spending was already an issue as the government spends more significantly that it takes in. The issue was expected to intensify in the following years due to tax cuts, which was approved in 2017, the CBO said.