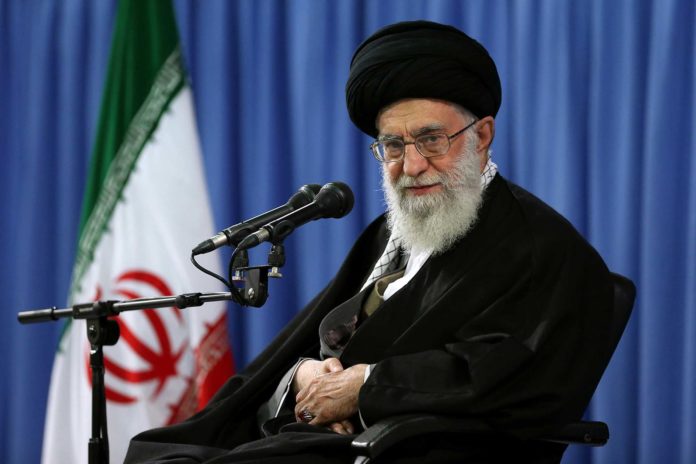 According to Al-Jazeera, Khamenei was quoted as saying via a tweet: “Iran and Iraq are two nations whose hearts & souls are tied together… Enemies seek to sow discord but they’ve failed & their conspiracy won’t be effective.”

Iraq authorities have blamed unidentified snipers and “saboteurs” for targeting the anti-government protesters.

The statements come as 4,000 individuals summoned to demonstrate in the capital, in defiance of the curfew imposed on Wednesday. In addition to the restriction imposed, Iraq’s authorities have also shut the internet service in Baghdad and several other regions.

Meanwhile, the Associated Press reported the death toll rose to 33 with more than 1,500 wounded. Restrictions have been also imposed in Iraqi cities of Nasiriya, Amara, Najaf and Hilla on Thursday, according to Reuters.

Moreover, Iraq’s military confirmed “excessive force” was used by the security forces in cities to disperse anti-government protesters. “Excessive force outside the rules of engagement was used and we have begun to hold accountable those commanding officers who carried out these wrong acts,” the military said in a statement.

Iran has also cautioned its nationals preparing to participate in a major Shia pilgrimage in Iraq to postpone their travel into the nation amid violent civil unrest.