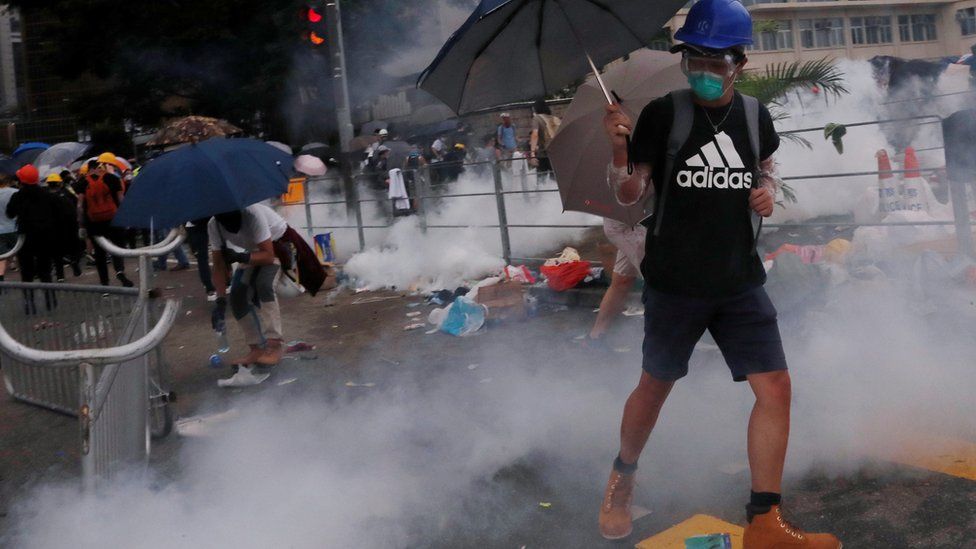 Hong Kong, Oct 3: Hong Kong police extricated rules on the utilization of forces police officers should use in the run-up to mass demonstrations on October 1, giving them more prominent capacity to manage dissidents in troublesome circumstances, as per records seen by Reuters.

In the documents, the police manual renewed a few rules on how officials could act when thinking about power and furthermore removed a line that expressed officials ought to be responsible for their activities.

On Tuesday, Tsang was shot during encounters in Tsuen Wan region, after dissidents shaking posts and umbrellas encompassed police and an official discharged his weapon at short proximity into the 18-year-old’s chest. Police said the official dreaded for his life.

The city has been left reeling from the shooting, the first run through a demonstrator has been hit with a live round in almost four months of dissents, which came as China praised 70 years of Communist Party rule in Beijing.

On that very day, China was celebrating its 70th anniversary of the founding of the People’s Republic with a massive military parade in capital Beijing to mark the Communist Party’s seven-decade ruling in the nation.

On Wednesday, thousands of them staged a mass peaceful protest in the city to condemn the police’s brutal action of shooting an 18-year-old secondary school student, who still remains in the hospital because of his critical condition.

On Thursday, police said the Hong Kong Protesters‘ actions “seriously undermined public order and posed a threat to the personal safety of police officers and members of the public”.

Hong Kong anti-government protesters staged protest in the city in the early hours of Thursday, expressing their anger over a police officer’s shooting and injuring a teenager a few days back.

Anit-government activists took it to the streets of districts in the Chinese-ruled territory, throwing petrol bombs, blocking roads, setting fires, vandalizing few shops and metro stations as Hong Kong police fired water cannons and tear gas against them, trying to disperse them.