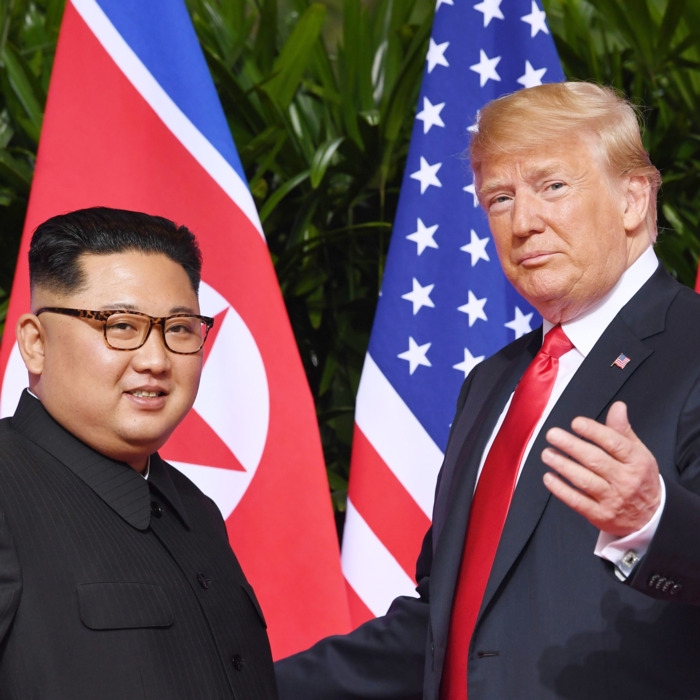 The United States President Donald Trump on Saturday, expressed his hope to hold a second summit with North Korean President Kim Jong Un in the 2019 earlies – January or February, as soon as possible.

While travelling back to Washington from Argentina, Trump told reporters that “three sites” were in sight of consideration for the meeting, conclusion to their historic summit in June in Singapore.

Trump said, “I think we’re going to do one fairly (soon) – you know, into January, February, I think,” while travelling back from Argentina after G20 summit. He said, “We are getting along very well. We have a good relationship.”

While attending G20 summit, Trump had a meeting with Chinese President Xi Jinping and Trump has told Jinping to agree with him to work “100 percent” on North Korea.

When asked Trump about his idea to host North Korean President in the US, Trump said, “At some point, yeah.”

Both the leaders has signed a roughly worded document over the denuclearization of the Korean peninsula, but the progress has been ceased as Pyongyang and Washington argued over the document’s meaning.

However, North Korea has taken steps to cease its ballistic missile and nuclear programs.

US secretary of state Mike Pompeo was about to meet with the top officials of North Korea in early November, but however, was not successful as Pyongyang starts insisting Washington to ease sanctions.

On the sidelines of G20 summit in Argentina, Trump met with South Korean President Moon Jae and has discussed about the situation up fronting.

Trump’s spokesperson Sarah Sanders said both the countries has “reaffirmed their commitment to achieve the final, fully verified denuclearization” of the North Korea.

Sanders said both leaders agreed on the necessity for “maintaining vigorous enforcement of existing sanctions to ensure the DPRK (Democratic People’s Republic of Korea) understands that denuclearization is the only path”.

Moon’s spokesperson Kim Eui-Kyeom appreciated Trump’s comment on second meet with Kim and said, “We hope a concrete agenda and logistics will be determined soon.”

To improve long-strained relation between the South and North Korea, they both have started their mission by removing landmines and also destroying military bunkers at their border. Re-connection of train line are in progress with another rail which links across the border.

Despite of these operations under warming ties, it is still unclear about Kim, whether he will make his ever first visit to South Korea this year or not.

However, after hosting their third summit meeting with Moon in Pyongyang in September, Kim has agreed to visit Seoul.

Following Moon-Trump meet in G20 summit in Argentina, Moon has developed some respect and support for Seoul summit from the US administration- aiming to entice Kim to hold a good pledge.

Italy let India to host 2022 G20 summit in its place, a result of warm ties between India and Italy
Instead of providing loans, China rules to invest in multiple forms in Pakistan
Comment