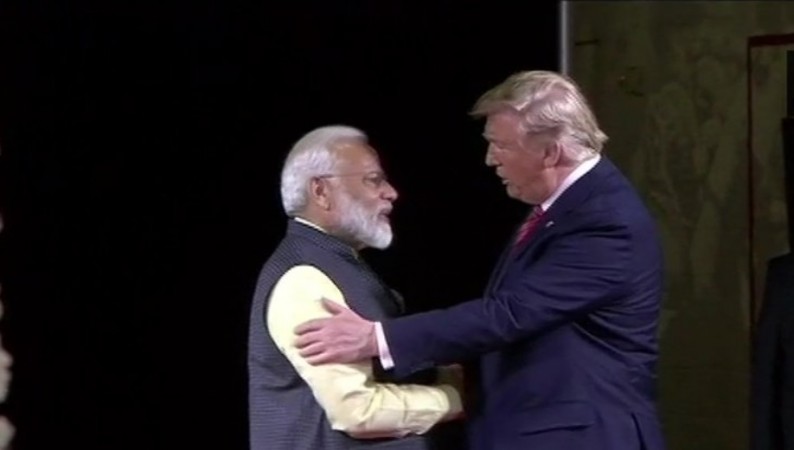 Modi begins with his speech, praising Trump and hailing the India-US relationship. Ahead of 2020 US Presidential Election, Modi says : “Abki Baar Trump Sarkaar”.

US media, reacting to the grand Howdy Modi event which was jointly addressed by Modi and Trump, dubbed Trump as “playing second fiddle to PM Modi”.

New York Times (NYT) covered the Houston event with a bit of criticism for Trump, saying: “At Rally for India’s Modi, Trump Plays Second Fiddle but a Familiar Tune”.

In its news report, NYT wrote: “But never one to let a good crowd go to waste, Mr. Trump treated the giant gathering at NRG Stadium in Houston as his own, declaring that ‘you have never had a better friend as president than President Donald Trump, that I can tell you’.”

It wrote: “The leaders of the world’s two largest democracies took the stage together in Houston before a roaring crowd of tens of thousands of Indian Americans, where Modi delivered an unmistakable endorsement of Trump’s presidency and cast their joint appearance in historic terms.”

The Wall Street Journal (WSJ) has published how joint appearance in front of more than 50,000 Indian-Americans underscored the developing strategic US-India relationship and cooperation.

“The joint appearance also underscores the growing strategic significance of US-India ties. The world’s two largest democracies are a vital check on China’s ambitions to dominate the Asia-Pacific region, as Mr. Trump recognizes and Barack Obama did as well,” The Wall Street Journal said in an op-ed, a few hours post the event concluded.