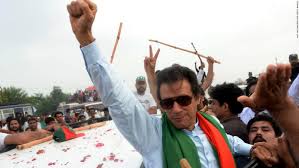 According to the press reports from Pakistan, Imran Khan will grant permanent citizenship to Afghan and Bengali refugees living in Pakistan soil for decades.

Pakistan accounts for a large number of refugees in the world. Millions fled to Pakistan during the Soviet Invasion in the 1979 and by the end of 2001, following the US invasion. Mass killings, rapes, murders, led to the poor economy to which many people migrated to Pakistan, Iran, and other countries.

At a public event in Karachi, Prime Minister Khan announced by saying “Afghans whose children have been raised and born in Pakistan will be granted citizenship inshallah (God willing) because this is the established practice in countries around the world” He further said, “They are humans. How come we have deprived them and have not arranged for offering them a national identification card and passport for 30 years, 40 years?”

This move comes since both the countries are retaliation each other on sponsoring the Taliban in Afghanistan. The relations between the two countries are deteriorating after the Taliban mounted several attacks across the border. Also, Pakistan’s Foreign Minister recent visit to Afghanistan for a bilateral meeting with the President of Afghan and his Ministers is seen as an outcome of Khan’s refugee’s promise.

PM during his victory speech mentioned his wish for an open border between Afghanistan and Pakistan, to which granting citizenship to the repatriate Afghans is seen, has the first step for the move.