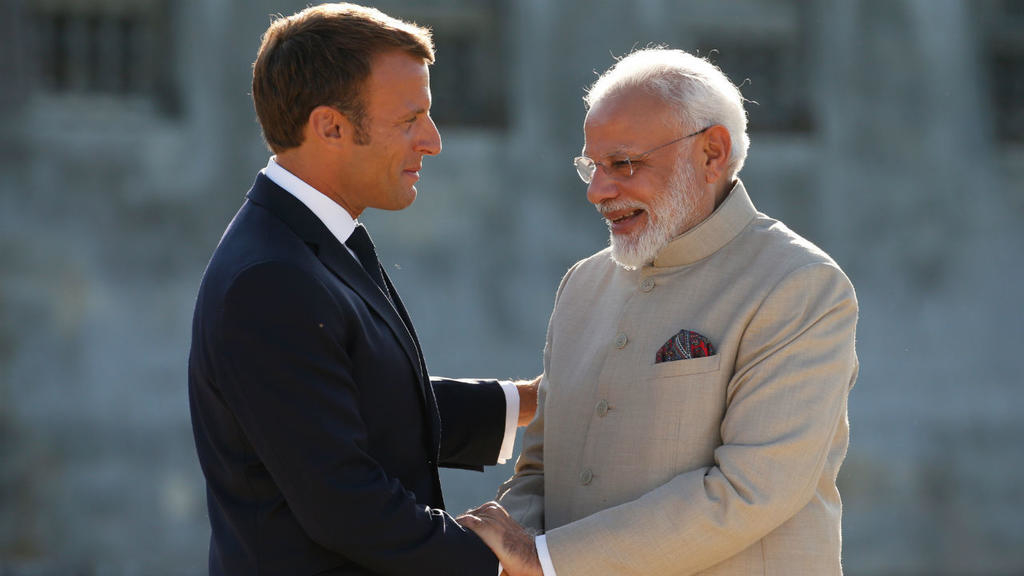 Paris, August 23: France and India inked a deal on behalf of the Paris-based National Centre for Space Studies (CNES) and Indian Space Research Organization (ISRO) for the creation of a “joint maritime domain awareness mission” in order to counter and handle emerging risks and threats.

The agreement was signed between French President Emmanuel Macron and Indian Prime Minister Narendra Modi, who arrived in Paris yesterday for a bilateral visit and slated to pay official visits to the United Arab Emirates (UAE) and Bahrain.

Upon his arrival in Paris on Thursday morning, Modi held a bilateral meeting with Macron and discussed wide-ranging issues of mutual interest, according to ANI news reports.

Both the leaders expressed their commitments towards freedom of navigation in the Indo-Pacific region.

In an official statement, India’s ministry of external affairs said: “Based on a shared commitment to maintaining the freedom of navigation, particularly in the Indo-Pacific zone, maritime security cooperation between France and India is a domain of excellence in their strategic partnership.”