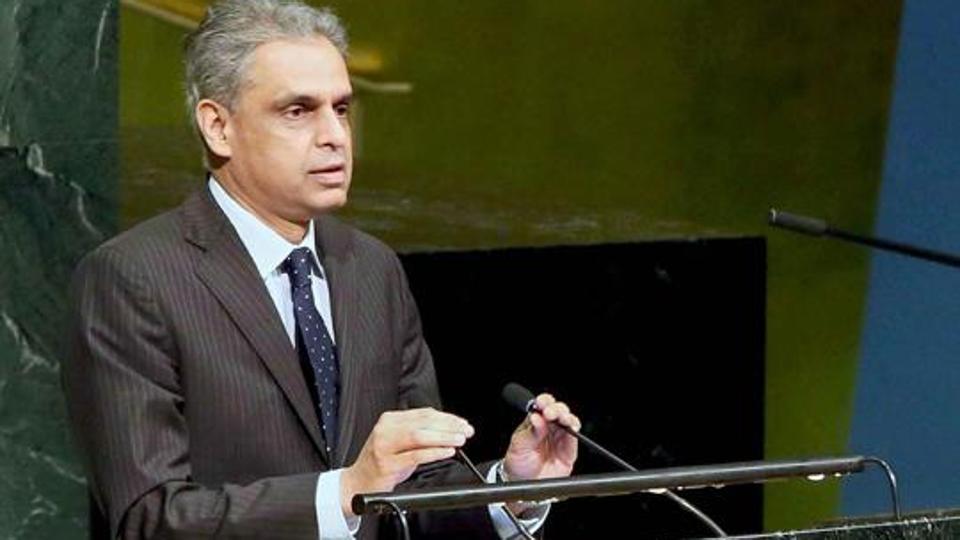 Welcoming United Nations resolution’s recognition of the role of the FATF (Finacial Action Task Force) in setting up global standards, India’s permanent envoy at the UN Syed Akbaruddin has said on Friday the states which are “apologists” for terrorist activities, will be continued to provide alibis for violence in order to justify their “inaction and actions”.

According to ANI news reports, Akbaruddin has also said “serial offenders”, in a masked reference to Pakistan, will continue to support terrorism.

He noted, “Terrorist are going to be more creative in finding ways to violate the rule book also the unfortunate reality is the states which are apologists will continue to provide alibis to justify their actions and inactions to as was done by a serial offender earlier today.”

Following Pulwama terror attack claimed by Pakistan-based Jaish-e-Mohammed terror outfit chief Masood Azhar on Indian paramilitary, the UN security council has adopted a resolution to battle the financing of the terrorists, and this issue had linked the FATF with the UN.

While asserting the international community was impatient for action, he said, “We welcome the recognition in the resolution of the essential role of FATF as a saying goes the proof of the pudding is in its eating, the utility of any resolution will, therefore, be in its implementation.”

FATF has docked Pakistan for financing terrorism, and there are possible sanctions to be imposed on Islamabad and put the country in a greylist.

India has said fighting terrorism is seen as a fundamental security policy by many states that need global responsiveness. India has also termed the UN’s action as a “milestone” in the global efforts regarding criminalizing terrorist funding.

Akbaruddin said, “Effective and sustained efforts in countering terrorist financing is at the heart of the issue addressing terrorism, therefore, we welcome this initiative to bring together in a comprehensive manner various existing norms and regulations.”