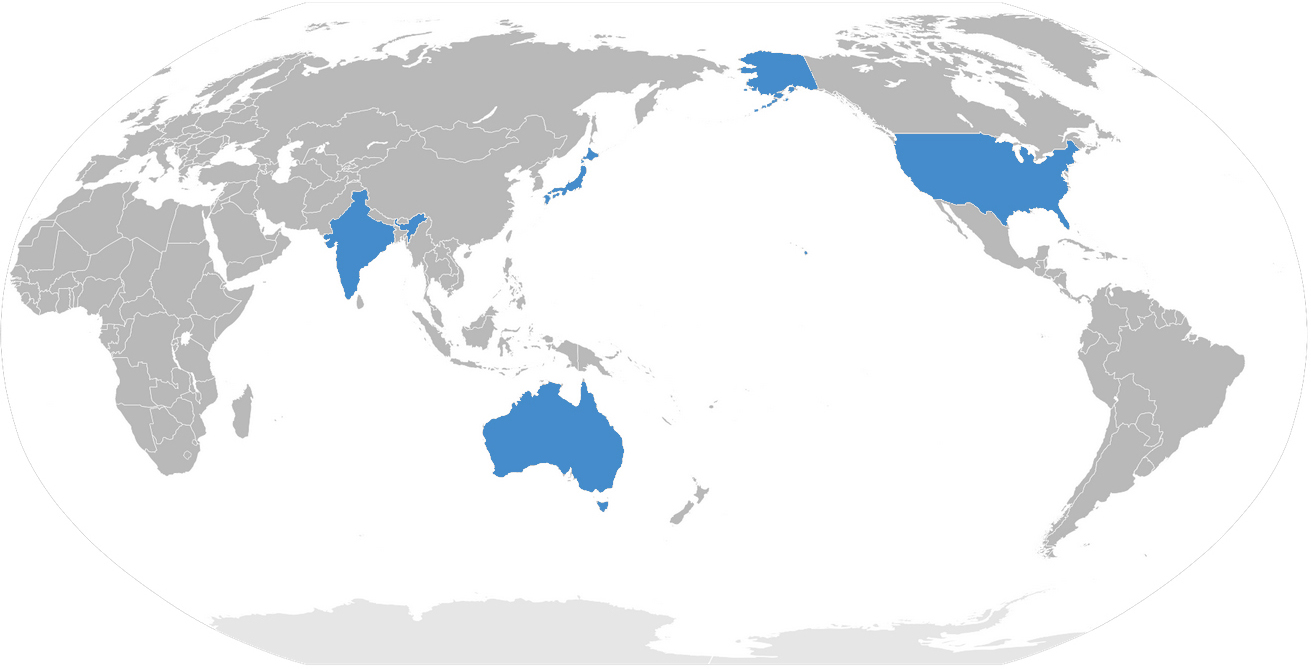 New York, June 1 (IANS) The Quad countries, India, Australia, Japan and the US, have discussed leveraging the power of the private sector, which could balance China’s economic diplomacy that promotes infrastructure development in its quest for global influence.

At a Quad consultation on Friday in Bangkok, senior officials discussed initiatives to “encourage transparent, principles-based investment in quality infrastructure in accordance with international standards and leverage the potential of the private sector”, according to a press note from the US State Department.

The increased stress on infrastructure and investment signals an initiative by the Quad nations to meet China’s influence in the Indo-Pacific region and beyond that buttresses its play for dominance with programmes like the One Road One Belt for infrastructure development with strategic implications.

As important as projection of naval and military power in the region and beyond is for China, its goal of dominance depends also on commerce and developing infrastructure around the world, and this would require the Quad to go beyond traditional strategic manoeuvres to a long-term economic response.

Joint military exercises among them have so far been the most visible joint efforts by the Quad.

As the Quad nations do not have centralised, government-controlled economy like China, they would have to get the private sector to play a role in infrastructure development, which the consultation emphasised. The countries have several projects in other developing countries, but they are not coordinated.

In the case of India, government organisations as well as the private sector have been involved on the ground in infrastructure projects in places like Afghanistan and Iran and the nation could play an important role in any joint initiative with financing and resources mobilised by the others.

The mention of transparency and principles in the US note about the consultation is telling because of growing complaints from around the world about China’s projects that are pitched as development aid have saddled the recipients with massive loans leading to Beijing exerting control over the projects or even more broadly on the economy. In addition, there have also been reports of corruption and lack of transparency.

The US note added: “They underscored their intent to continue close coordination and collaboration in support of sustainable, private-sector led development, maritime security, and good governance.”

A statement by India’s External Affairs Ministry was silent on private sector involvement.

It said: “The officials discussed cooperation in the areas of connectivity and infrastructure development; regional security, including counterterrorism, humanitarian assistance and disaster Rrelief; maritime cooperation; and cyber security issues, with a view to promoting peace, stability and prosperity in the Indo-Pacific region.”

A Japanese Foreign Ministry statement on consultation, however, mentioned the private sector.

“They noted initiatives from each country to provide tools and opportunities to quality infrastructure investment in accordance with international standards and leverage the potential of the private sector,” it said.

The participants of the other countries have not been named.

The State Department said that the Quad officials “welcomed Asean’s efforts to develop an Indo-Pacific Outlook” and they “affirmed their strong support for Asean centrality and Asean-led regional architecture, as well as their support for other regional institutions, including the Indian Ocean Rim Association and Pacific Islands Forum”.