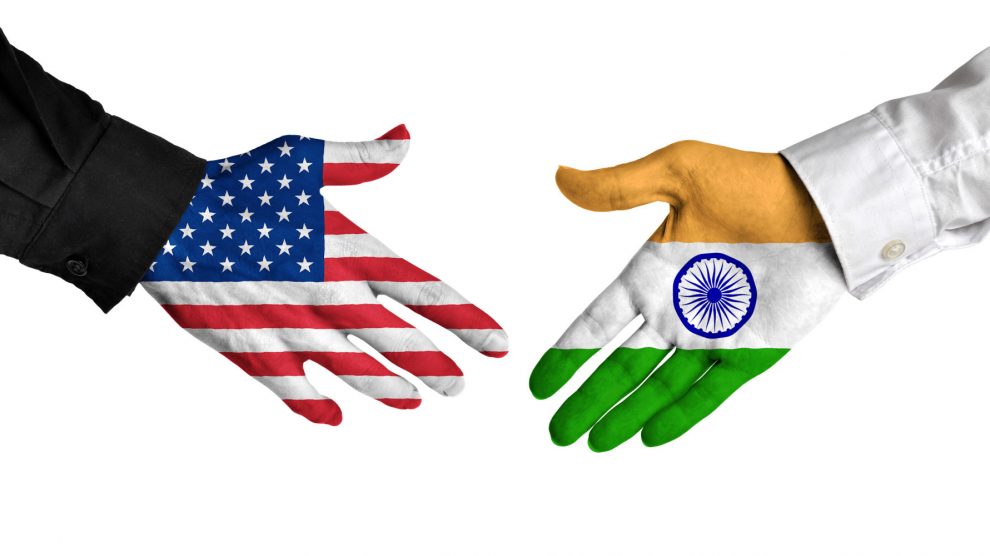 A new high-level mechanism, in the form of the "2+2" format, has been added to the strategic and commercial dialogue between India and US.

A new high-level mechanism, in the form of the “2+2” format, has been added to the strategic and commercial dialogue that is an annual feature between India and the US. This will enhance peace and stability across the indo-pacific region.

Commerce and trade have always been the weak links of the relationship between India and the US, while defence and strategic affairs have dominated the bilateral landscape. But this new mechanism will follow the same format as  US talks with Japan, China and Australia.

India and the US are scheduling the first meeting of the newly established “2+2” format. This mechanism was confirmed between Prime Minister Narendra Modi and President Donald Trump on 15 August. This two by two ministerial dialogue would elevate the strategic consultation. Both the nations are planning to have a three-day Global Entrepreneurship Summit in Hyderabad. The theme of the summit is ‘Women First, Prosperity for All’, highlighting the critical role women play in fostering global growth and prosperity. The focus sectors of the GES include energy and infrastructure; healthcare and life sciences; financial technology in the digital economy; media and entrepreneurship and possibly, agricultural entrepreneurship. This meeting was earlier held in Morocco, Turkey, Kenya and the UAE. This will be the first time that the meeting is being held in India. This would be the second-biggest event after the Malabar exercises in July and the first shipment of oil from the US to India.

Malabar Exercise is a trilateral naval exercise involving the United States, Japan and India as permanent partners. Originally, this was a bilateral exercise between India and the United States, Japan became a permanent partner in 2015. This exercise was conducted between 10-17 July 2017.  The exercises included a harbour phase at Chennai from 10 to 13 July 2017 and a sea phase from 14 to 17 July 2017 in the Bay of Bengal. This edition focused on Aircraft Carrier operations, Air defence, Anti-submarine warfare (ASW), Surface warfare, Visit Board Search and Seizure (VBSS), Search and Rescue (SAR), joint and tactical procedures. There was also joint training between the naval special forces of the Indian and US Navies at INS Karna, Visakhapatnam. A total of 16 ships, 2 submarines and 95 aircraft participated in this exercise. It was the first exercise between the three countries which involved three aircraft carriers.

The three-day Global Entrepreneurship Summit in Hyderabad meeting is likely to be attended by Prime Minister Narendra Modi, with Donald Trump‘s daughter Ivanka Trump and other US delegation. But it is doubted that whether some of these companies, which have a big presence in India, would be part of the US delegation after a long list of CEOs quitted Trump’s advisory councils.

For this upcoming meeting which would be lead by Ivanka Trump, PM Modi has tweeted that the event was aimed at bringing together entrepreneurs of the two countries. In response to Modi’s tweeted, Ivanka has said that she is honoured to lead the US delegation to GES2017 in India and meet with Prime Minister Modi and passionate entrepreneurs from around the globe.