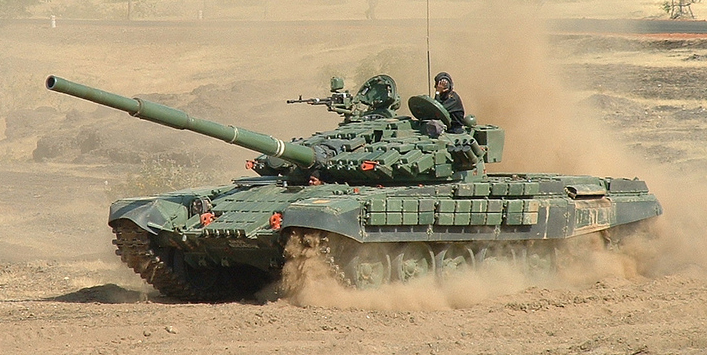 These days kind of war rehearsals are taking place between the armies of many countries in Russia. Different countries like India, China and Russia have participated in these maneuvers. While Indian army tanks successfully cleared the first round and entered the second round of the competition, Chineses tanks got stuck in the first phase and could not even finish the exercise.

International military games are being organized in Russia and these war rehearsals are a part of these games. There are 28 types of military games organized in these tournaments. In this year’s games, 19 countries including Russia, China, India, and Kazakhstan have participated.

Indian army has demonstrated its best performance in the first phase and has entered the second level of the tournaments. Apart from India, Russia also managed to enter the second phase. The second level tournaments will be held on 10 Aug, where, other than tank games different artillery stunts will also be displayed.

An Indian Army officer said that this is for the first time this year, the Indian team will participate with its T 90 tanks which have been sent to Russia by ship. The final of these games will be concluded on 12th August.