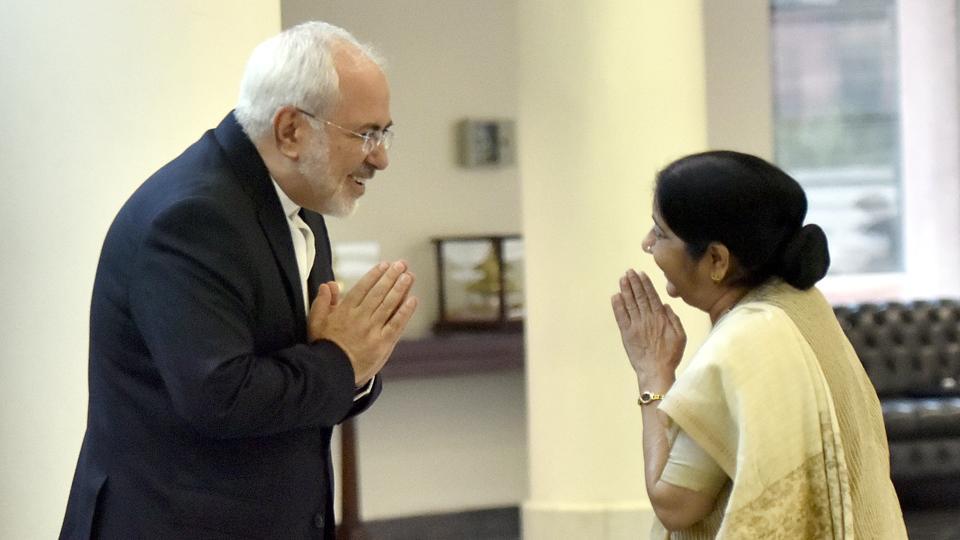 India’s external affairs minister Sushma Swaraj has on Wednesday, held talks with Iran’s foreign minister Javad Zarif on the major key bilateral and regional issues, also including reconciliation and peace process in war-torn Afghan country, and implementation of Chabahar port project. Zarif, who is on a three-day visit, arrived in India on Monday.

According to Economic Times news reports, at the meeting, both countries ministers had a discussion about India’s implementation of the Chabahar port project in Iran, India’s import of Iranian crude oil, and the peace effort towards Afghanistan. Iran is a one of the most strategical import ally for India in the Gulf region and their ties have been troubled in a recent couple of years.

In November, the United States President Donald Trump has exempted India with other few countries, whom Trump has imposed sanctions on importing Iranian crude oil, from buying crude oil from Iran.

Iran is considered as India’s third largest supplier of crude oil after Saudi Arabia and Iraq. In a 10-month fiscal period in 2017-2018, Iran has supplied around 18.4 million tons of crude oil.

Referring to the Afghan peace process, recently, Iran has said, “We have some influence on the Taliban, but we generally use it on behalf of the Afghan government. We’re happy to use it for India too.”