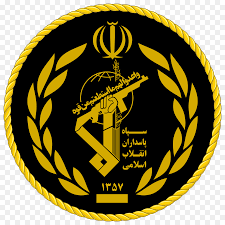 Iran will retaliate actions to the United States if Washington attempts to designate Revolutionary Guard as “international terrorists”, the state-run IRNA news agency reported on Sunday.

Three US officials has told Reuters that the US was expected to designate the Iranian Revolutionary Guards as an international outfit, marking the very first time the US had formally termed another nation’s military force as a terror organization.

225 out of 290 Iranian lawmakers issued a statement stating, “We will answer any action taken against this force with a reciprocal action,” according to IRNA.

The statement further added, “So the leaders of America, who themselves are the creators and supporters of terrorists in the (Middle East) region, will regret this inappropriate and idiotic action.”

The US decision was expected to be announced by the US state department early on Monday, the US officials reported last week.

Iranian foreign minister has on Sunday said the US officials who aimed to label the IRGC as foreign terror outfit wanted to “drag the U.S. into a quagmire” on behalf of Israeli prime minister Benjamin Netanyahu.

“#NetanyahuFirsters who have long agitated for FTO (Foreign Terrorist Organisation) of the IRGC fully understand its consequences for US forces in the region. In fact, they seek to drag the US into a quagmire on his behalf,” Mohammed Javad Zarif said on his Twitter account. “@realDonaldTrump should know better than to be conned into another US disaster.”

Zarif appeared to imply that designating IRGC as terrorist would draw them into conflict with the US in the region.

“With this stupidity, the American army and security forces will no longer have today’s calm in the West Asia region,” Jafari was quoted as saying by semi-official Fars news agency.