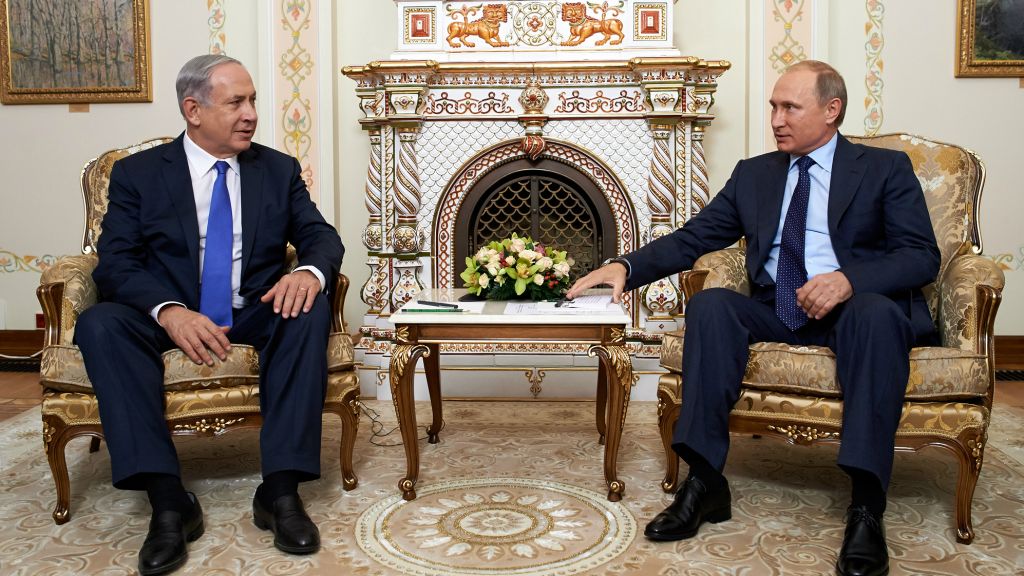 Israel’s Prime Minister Benjamin Netanyahu has vowed on Wednesday to prevent Iran from securing its presence in Syria, during his visit to Russia to hold talks with Russian President Vladimir Putin, aimed at regional security.

According to news reports, before the start of their Wednesday’s talks, Putin said, “It’s very important to discuss the situation in the region and security issues.” He added saying that the top-level consultations are essential in view of the evolving condition.

Netanyahu has begun the talks with Putin by reaffirming Israel’s most strong determination to bar attempts by Iran to establish a foothold in Syria.

Netanyahu said: “The greatest threat to stability and security in the region comes from Iran and its satellites. We are determined to continue with our aggressive action against the efforts of Iran, which calls for our destruction, and against its attempts to entrench militarily in Syria.”

He also noted that he and Russian president have had around 11 meetings since 2015’s September and have hailed “the direct, open and true way in which we maintain the relationship between Russia and Israel”.

Netanyahu said, “The direct connection between us has been an essential element that has prevented risks and conflicts between our militaries, and that has contributed to regional security and stability.”

Netanyahu has also invited Putin to kindly pay a visit to Israel in order to attend the inauguration of a monument to the Nazi siege of Leningrad during the World War II. In fact, Putin accepted the offer.

He said, “We will never forget the role of Russia and the Red Army in the victory over the Nazis.”

Netanyahu praised the “excellent bilateral relations”, further noting that “more than one million Russian speakers who have made a great contribution to Israel, have turned into a part of us, and have made Russian culture a part of Israeli culture”.